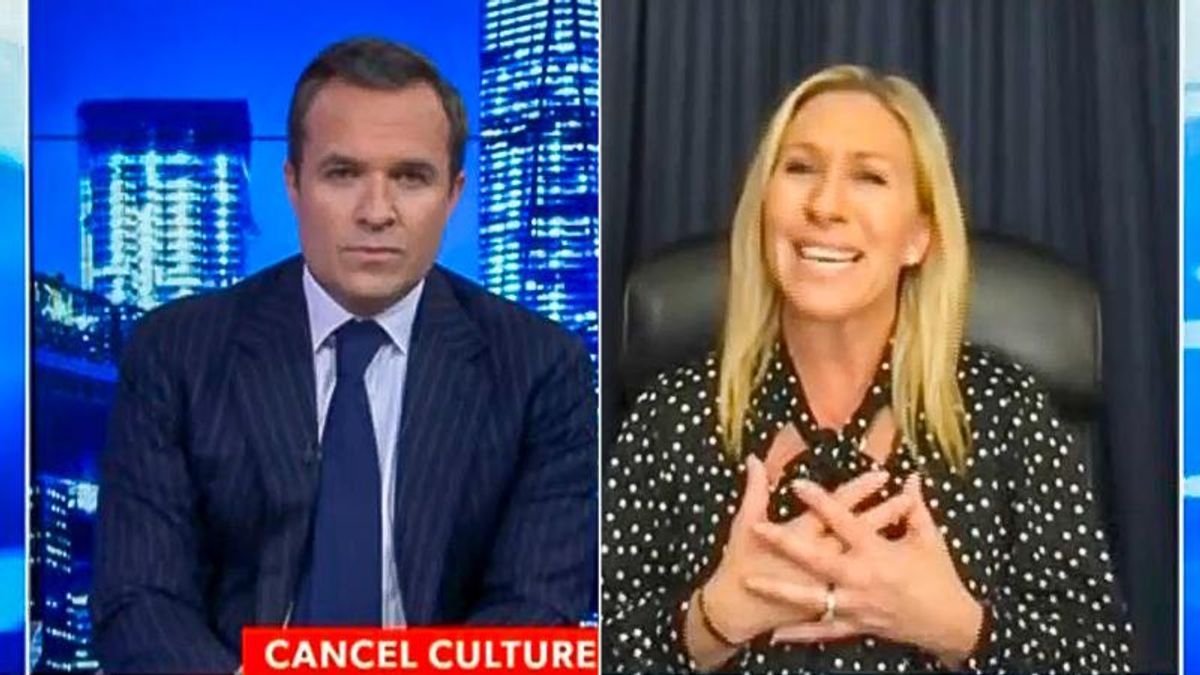 Rep. Marjorie Taylor Greene (R-GA) this week was asked about her theory that Jewish billionaires are responsible for "lasers" that started California forest fires.

During an interview with Greene on Newsmax, host Greg Kelly said that he was having trouble understanding the conspiracy theory.

"I've been telling people that I talked to you and I find you reasonable and interesting and not crazy," Kelly explained. "And the one thing they keep coming back at and I would love for you to address, what's this whole thing about the lasers and Jewish people?"

"Would you address whatever the heck that's all about please?" he asked.

"Sure," Greene replied. "I actually have no idea because I've never said that phrase or typed it -- 'Jewish space lasers.' But this is a story that some leftist 'journalist' -- really he's an activist -- wrote a hit piece on me and titled it 'Jewish Space Lasers' and so, you know, the left-wing media, they just run the same lies over and over again and they call me an anti-Semite and say that I said something like Jewish space lasers and I never did."

"They even put my tweet -- or it was a Facebook post in their article and it shows in that Facebook post that I never even said 'Jewish space lasers' so it's, once again, it's nonstop radical left-wing media doing what they've done," she added. "We've seen it the last four years with President Trump and it's their playbook."

Greene, however, did not address the substance of the conspiracy theory presented in her Facebook post, which claims that a wealthy Jewish family is behind "lasers" that may have started California forest fires.

In the interview with Kelly, Greene also said that genderless pronouns are an "attack on God."