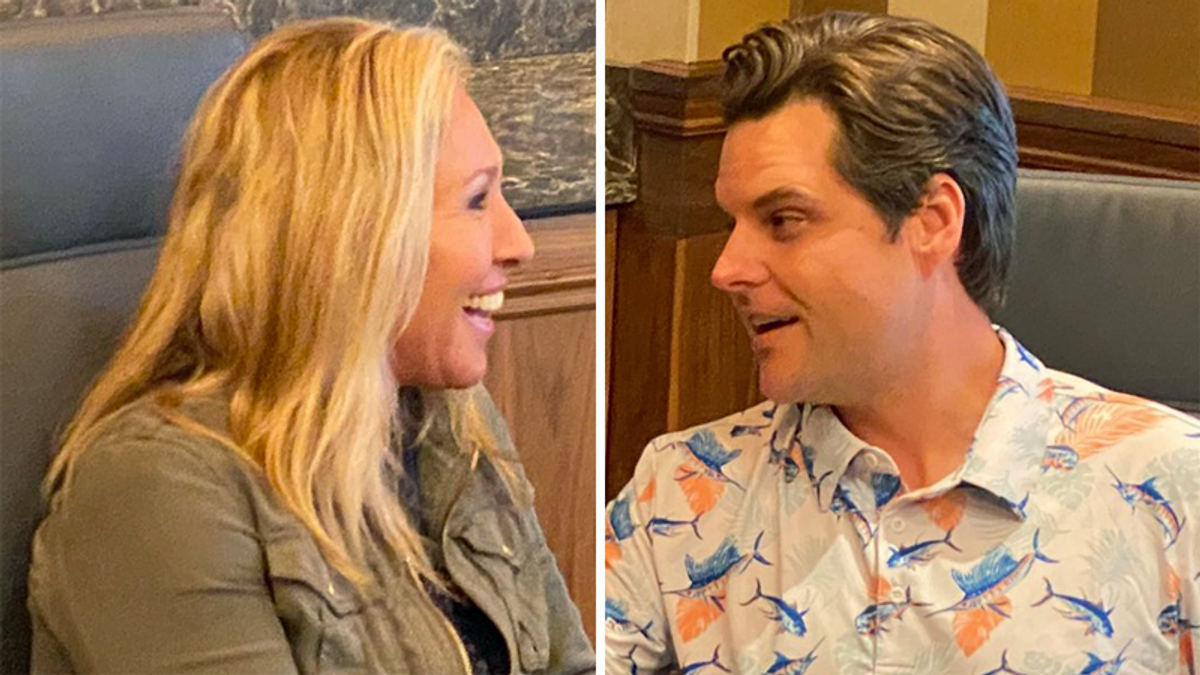 The two branded the event an "America First Rally" and were harshly criticized.

Here's some of what people were saying about the rally:

They are playing 'Tiny Dancer' at the Matt Gaetz and Marjorie Taylor Greene rally
— Will Steakin (@Will Steakin)1620427718.0

Moments ago @mattgaetz says: “It looks like @Liz_Cheney may no longer be the chair of the Republican Conference.” C… https://t.co/5WJtrMmw6t
— Robert Sherman (@Robert Sherman)1620431464.0

"It actually feels like a Trump rally, and that's exactly what he wants," says @randikayeCNN, who is attending the… https://t.co/UI9DrnTBjS
— The Situation Room (@The Situation Room)1620428150.0

@amandacarpenter: Sadly, conspiracy theorists Gaetz and Greene are the leaders of the GOP for now @ashleyrallison d… https://t.co/IRlPamomsH
— The Lead CNN (@The Lead CNN)1620430785.0