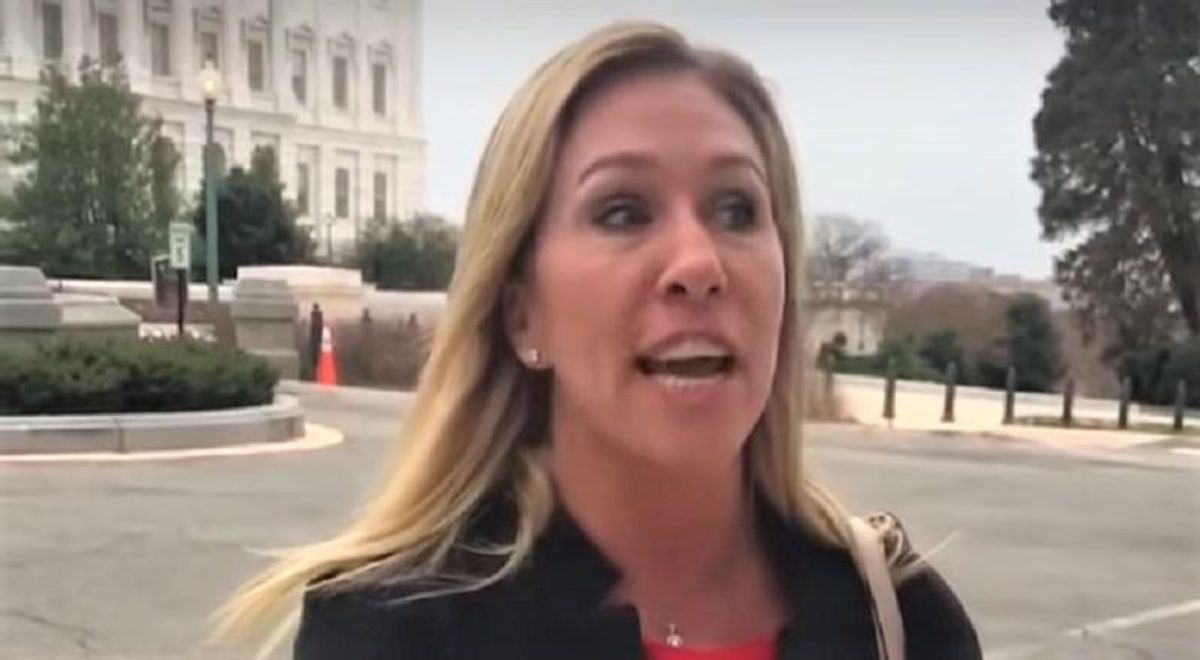 David Hogg, a survivor of the 2018 mass shooting at the Marjory Stoneman Douglas High School, told CNN's Alisyn Camerota that he felt threatened when QAnon-loving Rep. Marjorie Taylor Greene (R-GA) followed him down the street and told him she carried a gun with her.

After playing a clip of Greene harassing Hogg, Camerota noted that Greene told Hogg that she had a concealed carry permit and carried a gun with her.

"How did you interpret that?" Camerota asked Hogg. "Did you hear that as a threat?"

"Oh absolutely," Hogg replied. "But if they shoot me, they prove my point. The reality is, they can't kill a movement."

Hogg then ripped Greene for claiming that he was only working to enact stricter gun safety laws because he was being paid off by George Soros.

"There's no amount of money you could pay us to do this work because that's not why we do it," he said. "None of us want to be doing this, but we have to."