‘You ran unopposed!’ Marjorie Greene Taylor busted for boasting about her voter mandate 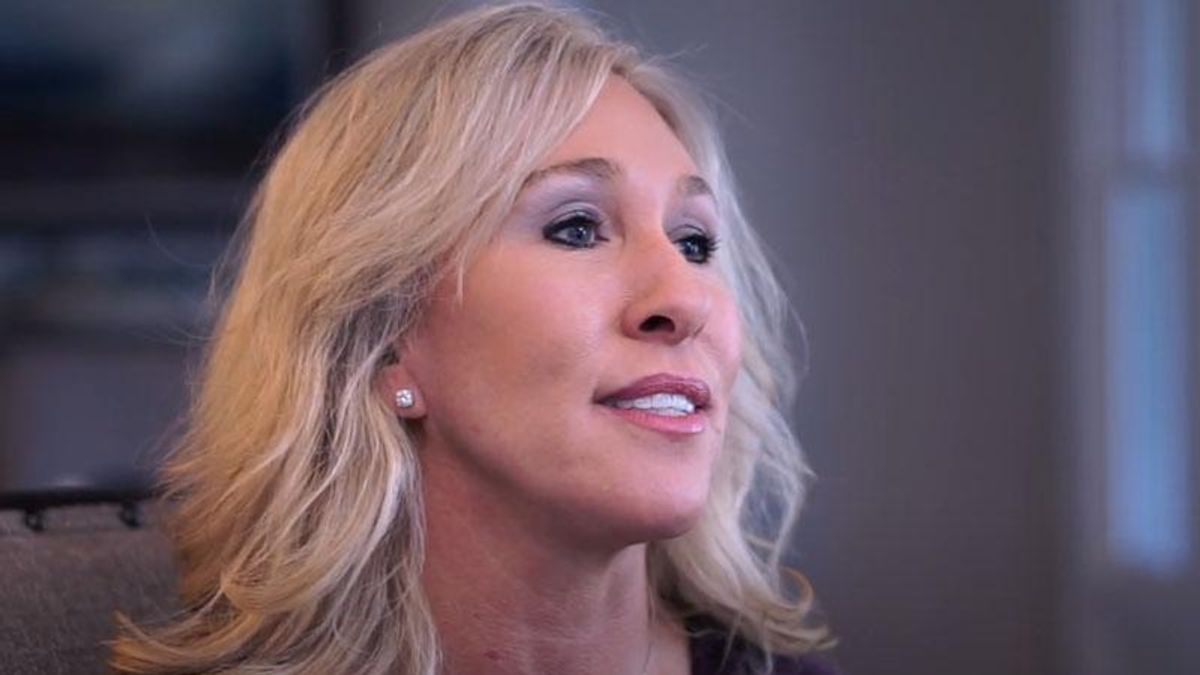 Rep. Marjorie Taylor Greene (R-GA) claimed a voter mandate for her controversial behavior in Congress, but she was debunked by social media fact-checkers.

The Georgia Republican has already been stripped of her committee assignments and has angered her GOP colleagues by routinely calling to adjourn the U.S. House at the start of sessions, but the conspiracy-mongering lawmaker insisted she was doing what voters elected her to do.

I ran for office (and was elected with 74.7% of the vote) to represent the people, not the politicians.

Imagine running unopposed and getting less than 3/4 of the vote
— Ben Jackson (@BJacksonWrites) March 11, 2021

What an accomplishment! Not everyone can win an uncontested race where their opponent drops out and still receives 25% of the vote. pic.twitter.com/PycLjyWSfy
— Münchener Post (@MunichPost) March 11, 2021

And still only managed to get three quarters of the vote.

That says a lot about your constituents. Glad I don't have those kind of people as neighbors.
— Lettia Hanson Milito (@BuffaloLHM) March 11, 2021

You moved from #GA6 to #GA14 because you knew that Lucy McBath was going to beat you in district you lived in
— Noble Prize in Sarcasm (@rewegreatyet) March 11, 2021

Yes, you were elected with 74.7% of the vote- what you forget to mention is that you moved in 2019 to run in the 14th district after Rep Tom Graves announced he was retiring & when you changed races, you had a leg up on fundraising.
— Zullo (@ZulloWarrior) March 11, 2021

Why did your opponent drop out of the elections?
— Sankar (@sankarsworld) March 11, 2021

You ran unopposed and still only got 3/4 of the votes. That's hardly a ringing endorsement. Also, that was before you helped incite an insurrection and were subsequently stripped of all committee assignments. You arent representing anything other than a big waste of money. pic.twitter.com/DShmTfAkt8
— Lois Beans (@LoisBeans) March 11, 2021

You don't represent the people, never have never will.
Stalking a survivor of gun violence, Mocking a congress woman's child because she is transgendered? Threaten a fellow congress woman. GMAFB Noone ran against you. pic.twitter.com/KIh0tJ5CHc
— Huggybear (@Truthsp73957317) March 11, 2021