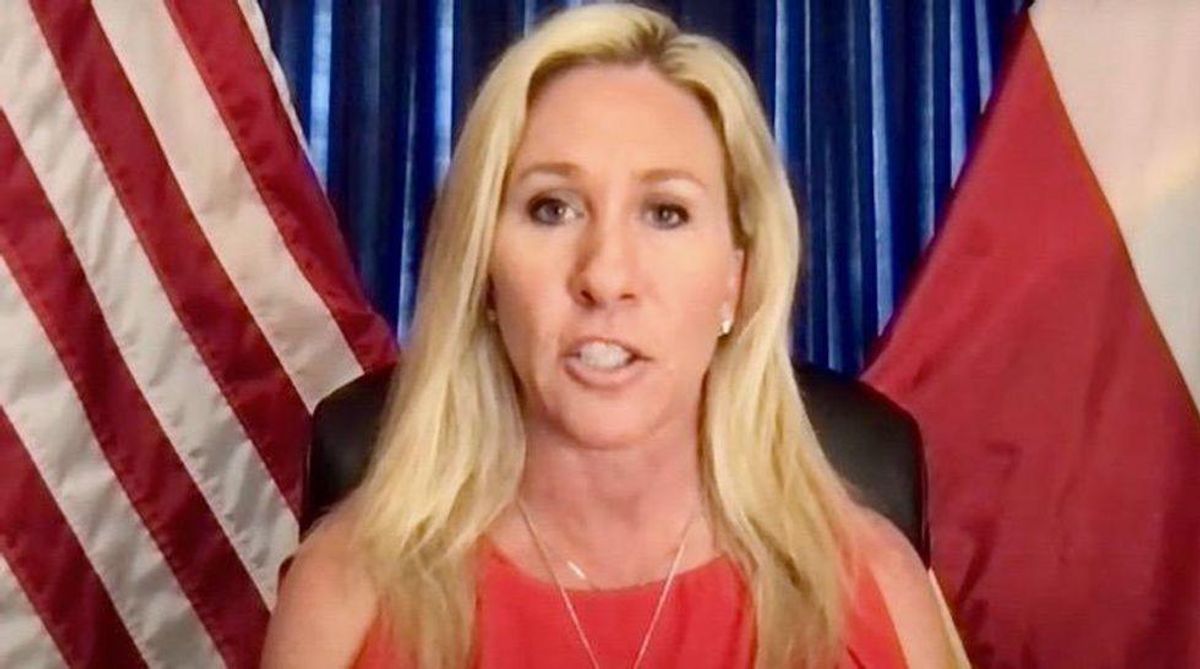 Rep. Marjorie Taylor Greene (R-GA) invested in companies that back the Black Lives Matter movement she denounced as a "terrorist threat."

The Georgia Republican introduced legislation to award Congressional Gold Medals to police officers who served on duty during nationwide protests last year over police brutality, just weeks before scooping up $15,000 in stock from Walmart, whose president and CEO pledged support for the civil rights movement's goals, reported Insider.

That May 19 investment was disclosed last week in a required transaction filing reviewed by the website, which also found that she'd purchased the same amount in stock from NextEra Energy -- a power-generation company that has vowed to roll back its own harmful contributions to the climate crisis Greene denies.

Greene also purchased up to $30,000 in Nestle SA shares on May 18 or 19 and $15,000 in shares from Advanced Micro Devices, BHP Group, Seagate Technology Holdings, Southern Co. and Vulcan Materials.

The lawmaker told Insider that all her stock activity could be attributed to a financial adviser, but she did not say whether she provided any guidance to that individual about stocks to choose or avoid.

"I have an independent investment advisor that has full discretionary authority on my accounts," Greene told the website by email. "I do not direct any trades."