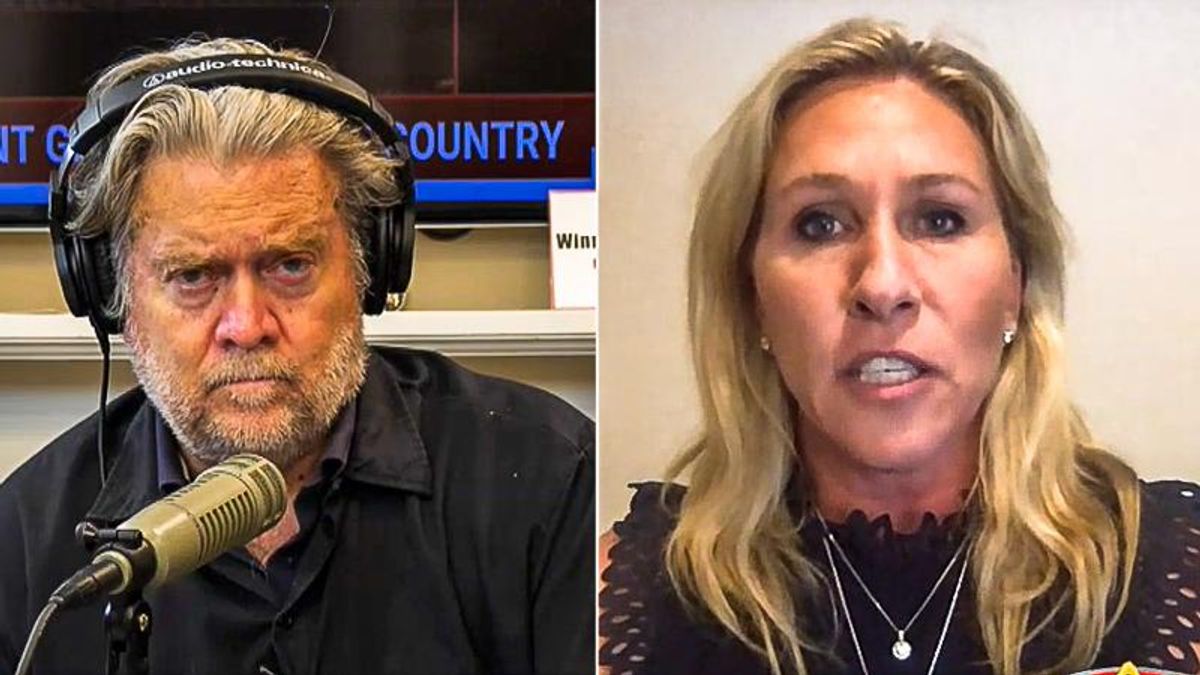 Rep. Marjorie Taylor Greene (R-GA) reacted to the U.S. withdrawal from Afghanistan over the weekend by threatening to impeach President Joe Biden and by calling for Taliban-style gun rights in the United States.

"President Trump right now is more presidential and he's not even in the White House than Joe Biden can ever be or stand up to in the past seven months," she opined.

Greene also defended Americans who own assault-style rifles by pointing to the Taliban.

"I wouldn't be surprised at all if [the Biden administration] are paying the Taliban," Greene said. "After all, they are paying them with weapons, vehicles, Blackhawk helicopters because the Afghan army is handing them over as fast as possible."

She added: "Anytime any Democrat ever speaks to America about gun control again, and they want to talk to you about your AR-15, you tell them right now how many weapons and how many semi-automatic weapons did you hand over to terrorists in Afghanistan, to the Taliban, ISIS and possible Al-Qaeda before you ever talk to Americans about gun control."