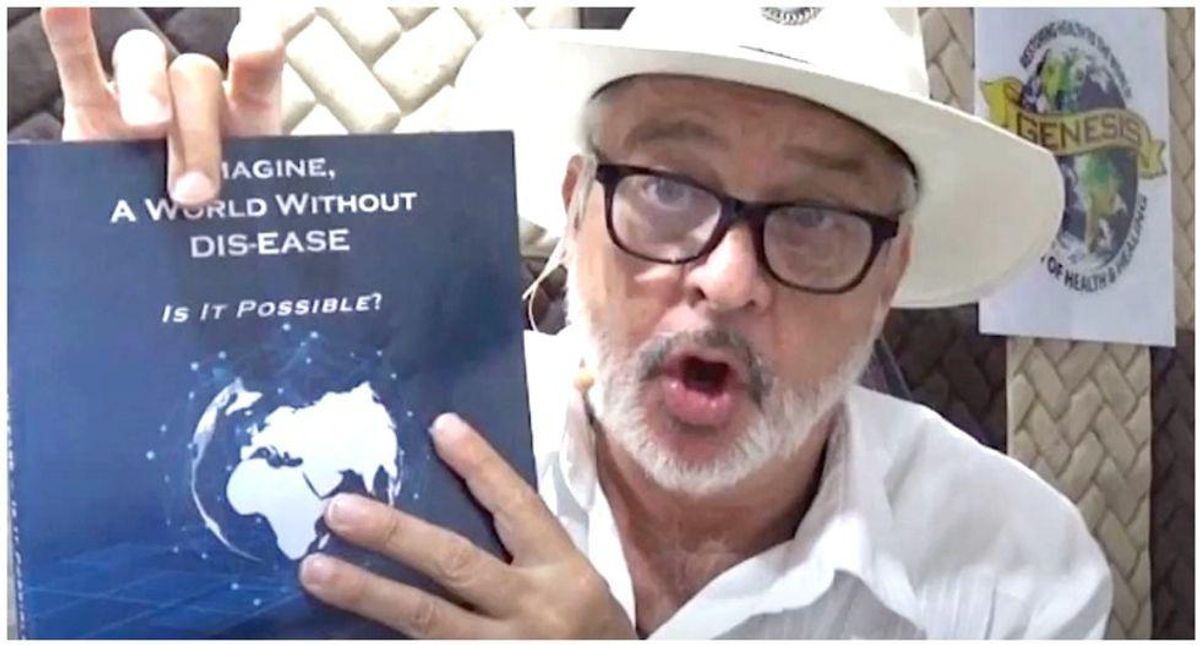 The self-styled "archbishop" of a church that sells industrial bleach as a "miracle cure" claims he provided Donald Trump with the fraudulent coronavirus cure in the White House.

"We were able to give through a contact with Trump's family – a family member – the bottles in my book," Grenon said, "and he mentioned it on TV: 'I found this disinfectant.'"

Grenon claimed in April 2020 that he had written to Trump days before he infamously touted disinfectant as a cure for the deadly virus, but he now claims the twice-impeached one-term president actually ingested the chlorine dioxide product, which he markets as "Miracle Mineral Solution."

"We tried it with Covid – six drops every two hours for the first and second day," Grenon has claimed. "Boom! Gone, negative. You're feeling great from feeling like you're going to die – it works great."

The U.S. Food and Drug Administration warns that MMS is the same as drinking bleach, and consumption can cause severe vomiting, diarrhea and low-blood pressure that can be life-threatening.

Grenon and his son Joseph are being held in Colombia after a federal grand jury in Florida indicted them and two other sons, Jonathan and Jordan, who are jailed in Miami.

The four are charged with fraudulently marketing and selling industrial bleach as a cure for COVID-19, cancer, malaria and numerous other medical conditions.