ABC's Raddatz tells The View that pro-Trump rioter brought flex-cuffs: 'Was he going to arrest senators?' 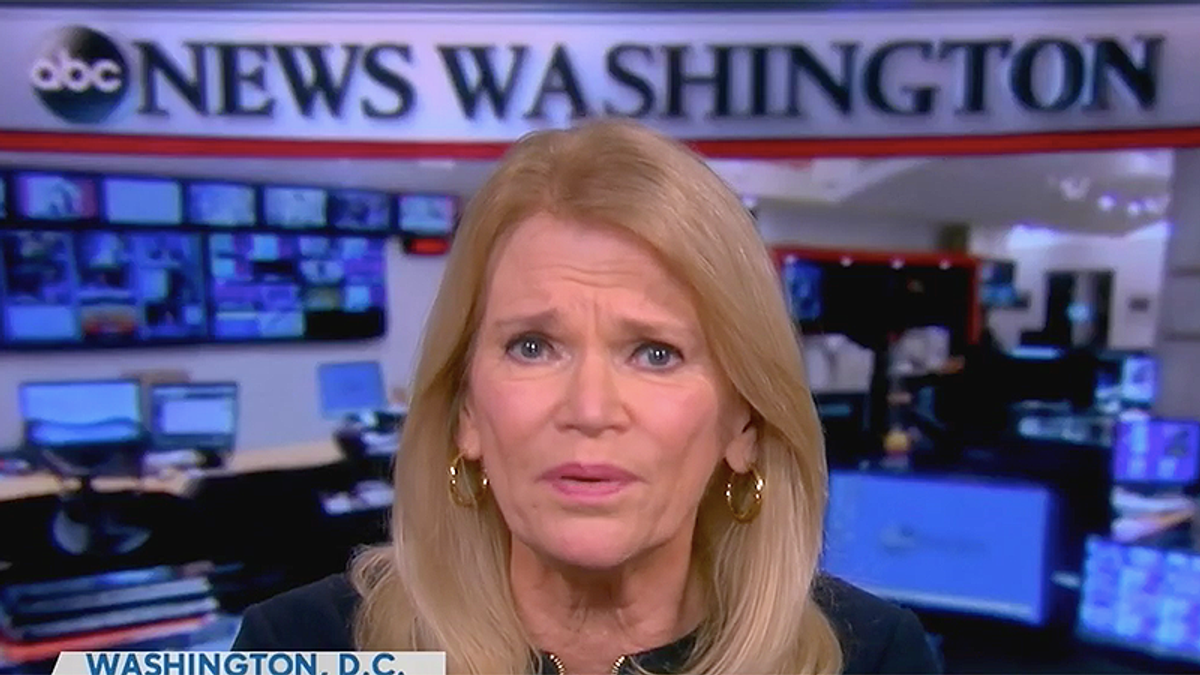 ABC News' Martha Raddatz told the women of "The View" Thursday that she interviewed several supporters of President Donald Trump while the riot was going on at the U.S. Capitol. She also revealed that even the National Guard wasn't doing anything to disburse the MAGA crowd and Capitol Police still refused to arrest people on Capitol grounds.

Raddatz echoed the characterization of the rioters as "American domestic terrorists" and said that all morning long she watched the rally at The Ellipse and knew that things were about to get worse. She would ask people there what they wanted and it was to have the election overturned. She said that they would use phrases like "it's our house" and "it's our government."

"There's nothing you can say to them," she explained. "Like, what are you talking about, defending the constitution? So, then obviously the line is they start taking the Capitol by force. What was so alarming and we've seen those horrible, appalling images and what happened there. To me, even walking up and driving up to the capitol I would ask supporters of Trump who just a short time ago were on The Ellipse, 'they'd taken the capitol by force. They've stormed the Capitol. What do you think?' There was not one single Trump supporter I talked to who didn't say that was okay, and all those people on the Capitol grounds, all those supporters who didn't get inside, they were not leaving. They brought their children up there to see that happen. There was a noose hanging on a structure that they built on the capitol grounds that was up there, and they stormed it. It was just the most appalling day, an attack on our homeland."

Sunny Hostin and Meghan McCain noted that there was a Capitol Police officer seen taking selfies with some of the protesters. There's a video of Capitol Police officers removing the barriers to let Trump supporters come inside the Capitol complex. Mayor Muriel Bowser knew that this was coming and requested help from the National Guard well in advance.

"That is the biggest question there is, Meghan," said Raddatz. "I mean, they absolutely should have had more preparation for this. When we were there, hours and hours and hours even after the breach, there was no law enforcement around. All of those Trump supporters, those rioters really were just walking around still. They dissipated. I mean, I think they're in the city right now still having just left the capitol grounds and nothing really happened. They were unprepared. I mean, those Capitol Police who tried to fight them off were just totally outnumbered. Totally outnumbered, and the National Guard, I mean, the National Guard was directing traffic at that point. They weren't anywhere near the Capitol at that point. That is a big question, and they should be held accountable for that."

Hostin commented that it was certainly a stark contrast to what happened to peaceful protesters when Trump wanted to take a photo-op at a church across the street from the White House. Most never even heard the call to disperse or knew they were supposed to move for Trump. Even reporters were beaten by National Parks police.

Raddatz agreed both incidents were like night and day. The difference between now and then is clear even today as no National Guard members are present to block off the Capitol complex even today. Where after the incident at Lafayette Square, she said that Guard members were outfitted in full helmets and body armor standing in front of the Lincoln Memorial.

"Yesterday as I said, they were basically directing traffic, and they made a point the day before, the National Guard, of saying, we're not going to wear tactical gear," Raddatz continued. "In some ways, it's an overcorrection because the military, the National Guard was criticized as they should have been for their response at the Black Lives Matter Plaza. So, I think they were trying to say, 'Oh, this will be okay.' But remember all of those supporters of Trump had said very vitriolic things in the days leading up to it."

One of the more horrifying things she saw, she said, was a veteran in full tactical gear at the riot she asked if he was going back in to the Capitol. He said his hip blew up in Iraq and he wasn't going back inside.

"There was one guy with flex cuffs. The only reason a guy who is going to, supposedly, a protest -- is he going to take hostages? Is he going to tie up the Senators, the House members?" she asked. "There were so many questions and the reverberations of this through the National Guard. And remember, the National Guard down at BLM Plaza, military officials were coming around to greet them before they went out. They called it a battle zone. Not so much yesterday."

Sara Haines noted that there were 52 arrests announced that police made. But 47 of those arrests were for curfew violation. Very few were arrests of the Trump supporters who breached the Capitol and it's unclear why they're still walking free in Washington.