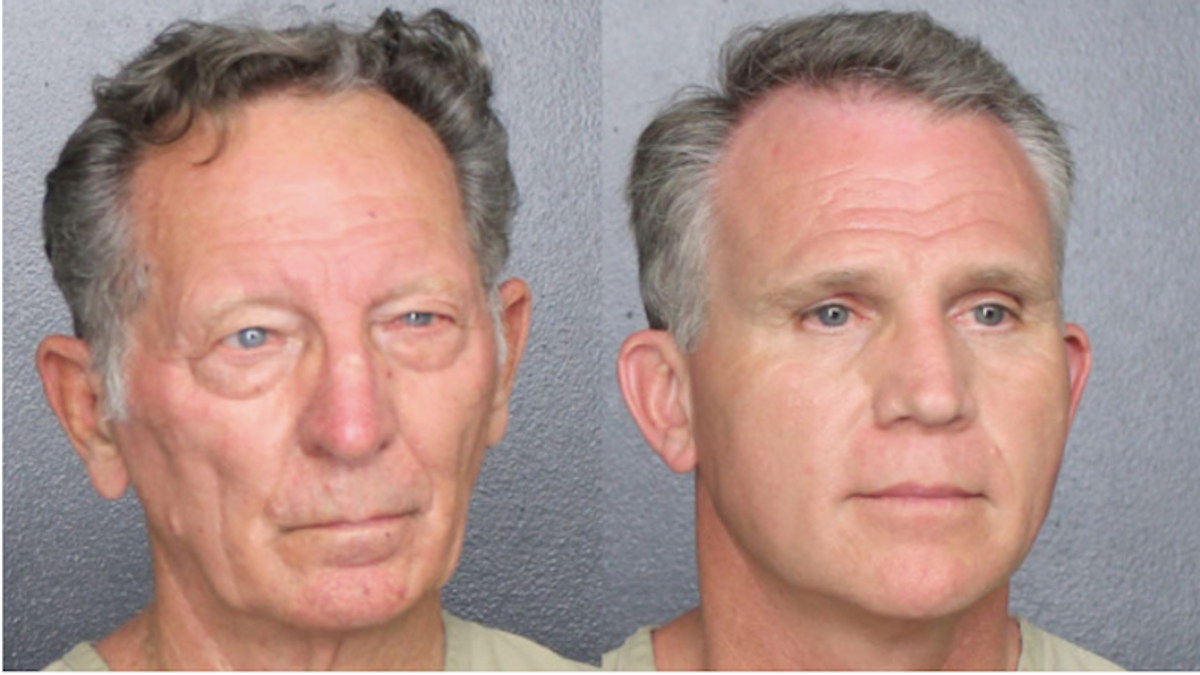 Two men were charged with pretending to be federal marshals to evade mask requirements at a Florida hotel.

Employees at Wyndham Deerfield Beach Resort asked the pair, identified as 53-year-old Walter Brown Jr. and 81-year-old Gary Brummett, to cover their nose and mouth to prevent the possible spread of coronavirus, but they threatened to arrest workers and impose a fine on the hotel, reported the Sun-Sentinel.

Brummett had gone to the front desk to ask for coffee and pretended to be a U.S. Marshal when he was asked to wear a mask, and he flashed a laminated card that he claimed shows he is exempt from the pandemic safety measure.

"Do you know what this means," Brummett allegedly said, pointing to a badge on his belt. "I'm a U.S. marshal and can have you arrested if you force me to wear a mask."

Workers had a similar confrontation two days earlier with Brown, who police said also wore a badge on his belt and lanyard that he claimed shows he is a federal marshal.

One employee whose cousin is a U.S. Marshal found the pair suspicious and called police, and an actual marshal arrived with officers and arrested Brown and Brummett on charges of impersonating a federal officer.

Police said the pair's badges looked authentic enough but showed inaccurately they had been employed as Cherokee Nation Marshals, and their mask exemption cards were also bogus.