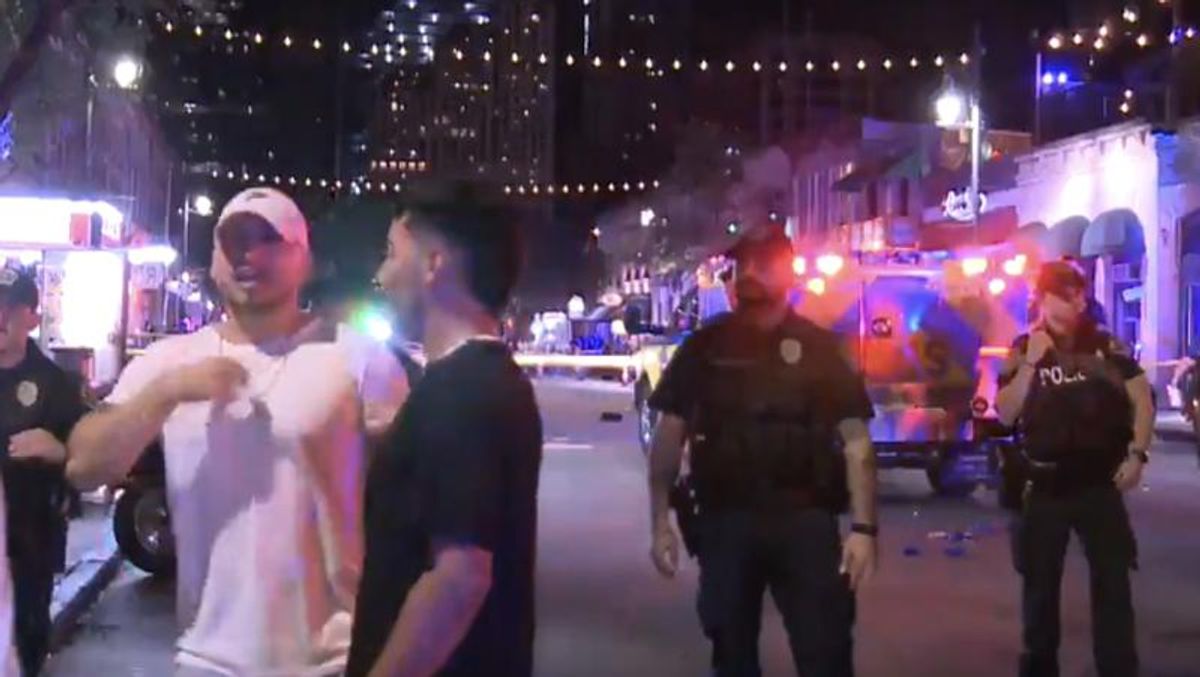 The re[port adds, "One hospital received 11 of the victims for treatment while another person was transported to a different hospital. One person went to an urgent care facility with multiple gunshot wounds," adding, "Police have a very general description of the suspect and the incident appears to be isolated to the area, but could not say for certain that there was no additional public danger because the suspect is not in custody."

You can watch video of the chaos, posted to Twitter, below:

NEW: This is video of the aftermath of the downtown Austin shooting showing officers performing first aid on the wo… https://t.co/p2fDDrnjKR
— Tony Plohetski (@Tony Plohetski) 1623493646.0