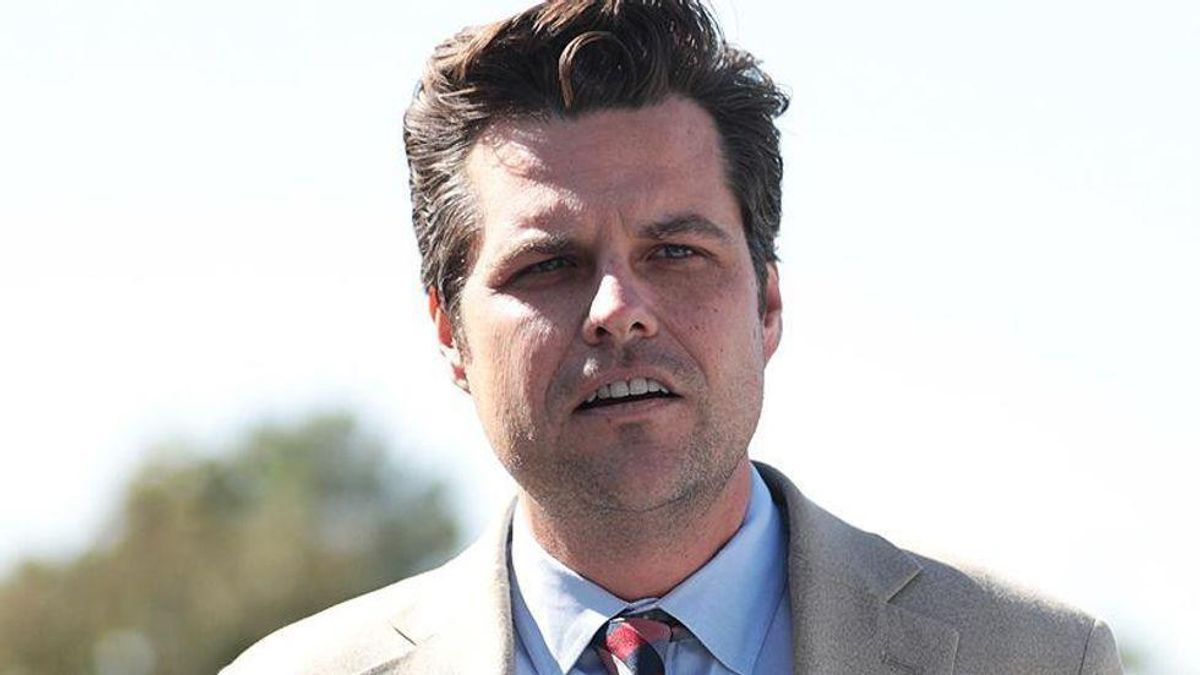 Text messages show Rep. Matt Gaetz's associates were freaking out over their potential exposure in an underage sex ring.

Joel Greenberg, the former Seminole County tax collector who pleaded guilty last week in the scheme, fell under investigation last year, and the newly revealed texts show him in contact with a former Florida sports radio host, "Big Joe" Ellicott, according to messages obtained by The Daily Beast.

Ellicott wrote that a mutual friend who shows up in Greenberg's Venmo transactions "knew [the minor] was underage the whole time, had sex with her, and they both went [to] see other guys," and he worried the girl would reveal the scheme to authorities.

The former radio host is linked through Venmo to Gaetz and some of the women in the alleged sex ring, and he admitted "for other guys she brought ___ along to see, that could be trafficking."

The encrypted Signal messages were set to vanish after 30 seconds, but Greenberg took screen shots of them, as he did for messages he exchanged with Donald Trump's longtime associate Roger Stone.

Ellicott was named in a December 2020 grand jury subpoena issued to another person related to the investigation, which also listed Gaetz, Greenberg and former Florida state Rep. Halsey Beshears.

Gaetz has said he barely knew Ellicott, who has not responded to requests for comment about the investigation, but the former radio host expressed concern in the encrypted texts about Greenberg and others having sex with a girl who was then 17 years old, and he was worried that she might turn into a witness in the sex ring investigation.