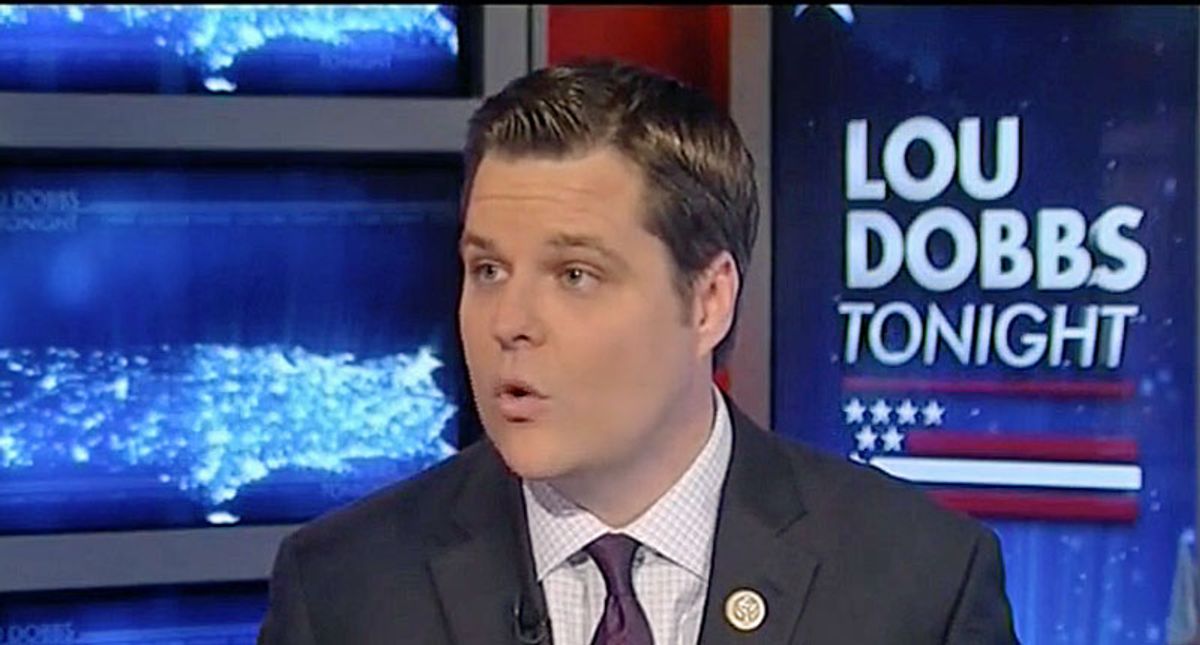 Specifically, Greenberg forged communications purportedly between Beute and a student in which Beute admitted to molesting the student and urged him not to tell anyone.

However, investigators quickly determined that the messages were faked and they concluded that Greenberg had produced them in an effort to kneecap Beute in the race.

Although law enforcement officials originally brought limited charges against Greenberg for his failed smear campaign against Beute, a broader investigation into his behavior allegedly revealed a pattern of lawlessness that now has the former tax collector facing 33 federal charges.

The key as far as Gaetz goes, writes the Post, was when investigators searched Greenberg's mobile devices and found evidence that he made payments to women that were allegedly made in exchange for sex.

This ensnared Gaetz, who made payments to Greenberg through his Venmo account that Greenberg would then pass on to women.