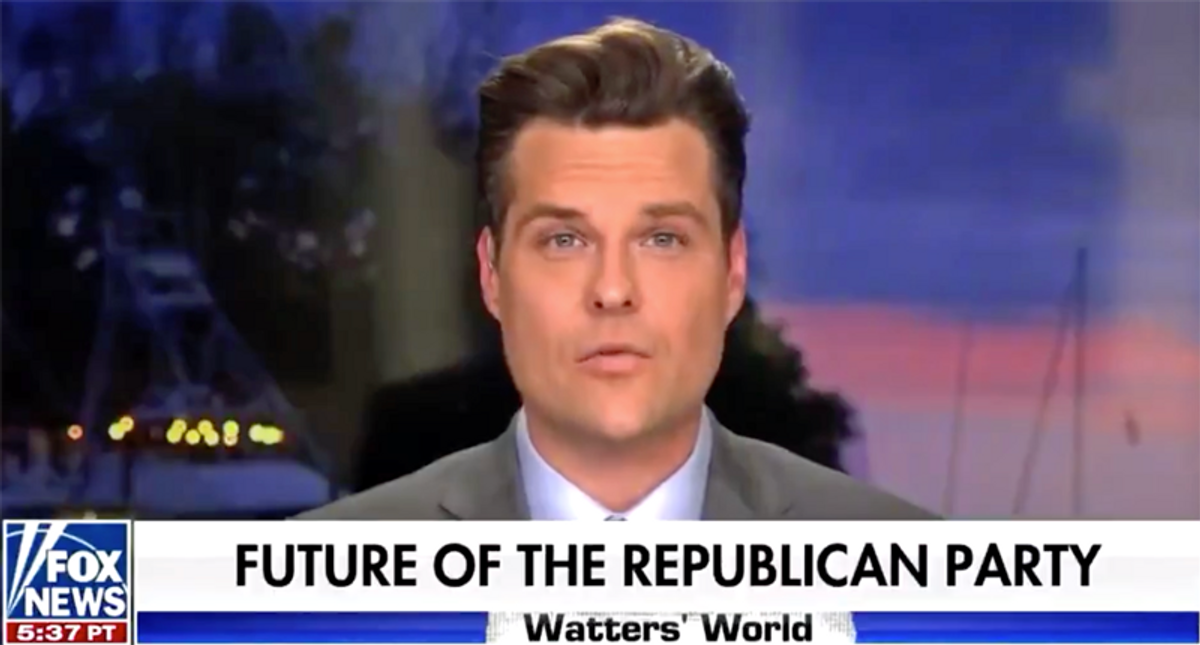 Rep. Matt Gaetz (R-FL) has been a major piece in President Donald Trump's insurrection against the U.S. government. But according to the Miami News Times, Gaetz's own sister is coming out against him.

"A lot of Republicans — and a lot of Trump supporters, specifically — don't support this garbage. Moreover, they live in reality and know Trump lost," she wrote on Twitter Wednesday amid the crisis. "If you are one of those people, now is the time to speak up. Denounce this in the strongest, most unequivocal terms. Don't wait."

Trump has spent two months telling his supporters the election was stolen from him and that he was still going to p… https://t.co/zTarrKKGr8
— Erin Gaetz (@Erin Gaetz)1609969877.0

You know what comes next? Counter protesters. And escalating violence. People are going to get hurt. Someone might… https://t.co/G4ewLllANr
— Erin Gaetz (@Erin Gaetz)1609970336.0

@az_happydancing He didn’t win, and what’s happening now is shameful. This is literally what despotic banana republics do.
— Erin Gaetz (@Erin Gaetz)1609974531.0

Her comments come after her brother claimed that "they," meaning Democrats, "fraudulently laundered ballots, votes, voter-registration forms, and then they limited review."

In his speech on the House floor, Gaetz closed by saying, "we should reject these electors."

He went on to claim, citing a debunked story, that those breaching the Capitol weren't actually Trump supporters but people "masquerading as Trump supporters and in fact, were members of the violent terrorist group Antifa."