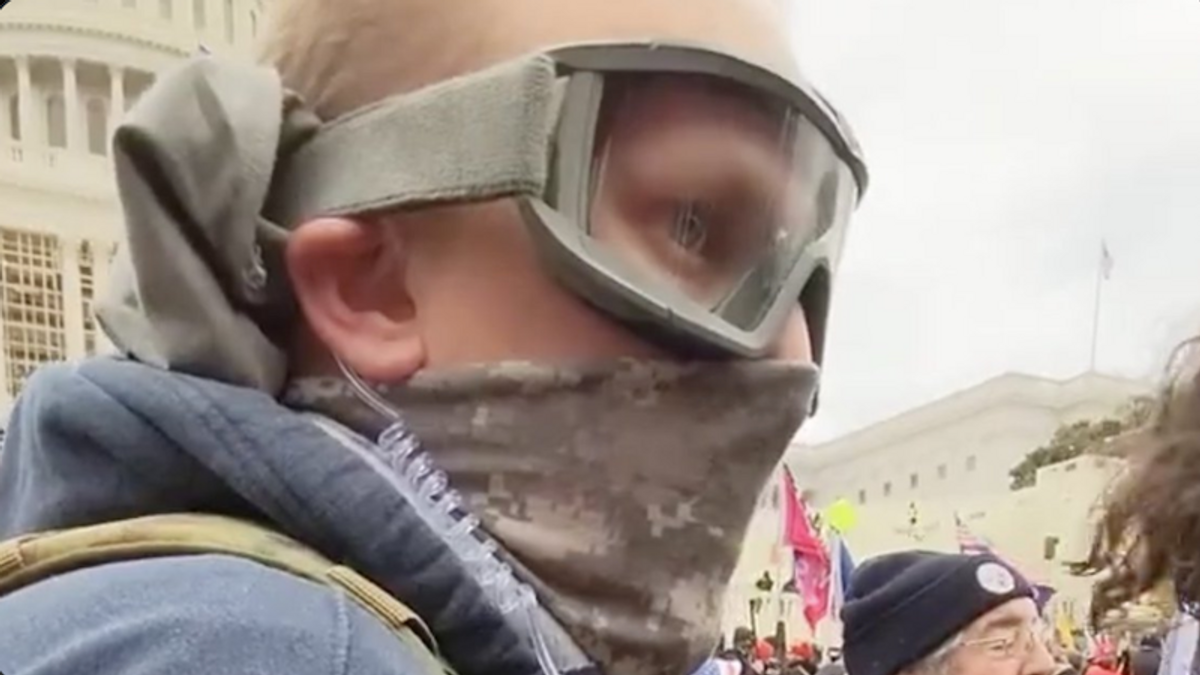 The gun charges are related to three unregistered weapons — an AR-15 and two handguns — that were part of a large stockpile found at Greene's home on Jan. 18, including $2,000 in ammo, war gear and other items that he purchased after the insurrection.

Greene, who pleaded not guilty to the gun charges, is expected to appear in District of Colombia court at 2 p.m. for a hearing related to the federal charges. "His lawyer, Mike Kasmarek, said in county court that he expects Greene will be released later today after the hearing and will likely will be confined to his home with an electronic monitoring device," Syracuse.com reports.

Greene and two other Proud Boys are believed to have been among the first Donald Trump supporters to gain entry to the Capitol, after breaking out a window. Greene has disawowed the Proud Boys in an apparent effort to win pre-trial release, saying he has left the white-supremacist hate group and was not a member for very long. His attorneys have also argued that the stockpile of weapons and ammunition found at his home was intended for use at a firing range, and that he bought it "to take advantage of a favorable price."

Federal prosecutors, meanwhile, have argued that Greene should remain in custody, pointing to witnesses who heard him say, "We'll kill them all."

"On a site called 'Telegram,' prosecutors said Greene posted messages encouraging others to read up on guerilla warfare and tactics used by the Taliban. He also wrote, 'be prepared to do uncomfortable things,'" according to a report from CNYCentral. "He is also accused of being a part of a chat group that was discussing killing 'anyone they got their hands on' including Speaker of the House Nancy Pelosi."