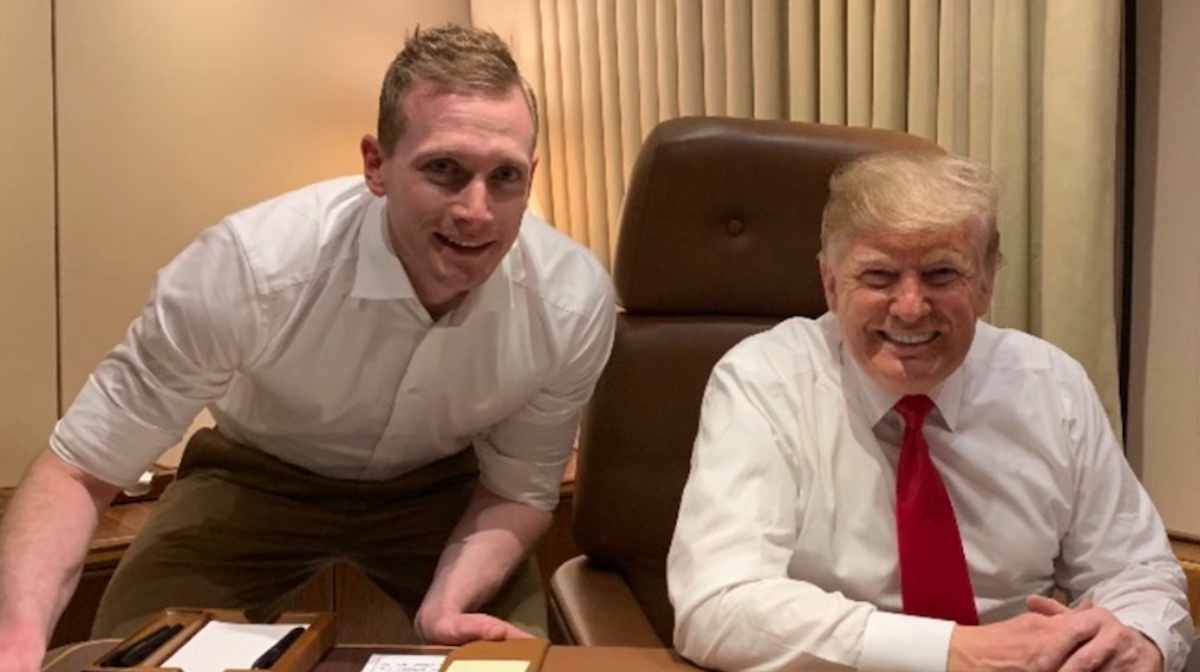 An Ohio Republican with a criminal rap sheet and little-to-no experience has a good chance of being elected to Congress in 2022 thanks to former President Donald Trump's endorsement, experts tell the Daily Beast.

Trump has endorsed challenger Max Miller in the GOP primary against incumbent Rep. Anthony Gonzalez, who was a rising star in the party before voting to impeach the former president for inciting the Capitol insurrection.

Miller, who doesn't even live in the district, has a criminal rap sheet that includes assault, disorderly conduct, and resisting arrest. His main qualification appears to be having served on the U.S. Holocaust Memorial Council — a position to which Trump appointed him.

Jacob Rubashkin of Inside Elections, a nonpartisan newsletter that covers House races, said while Miller's record is "ripe for opposition research," it's possible that Republican voters in Ohio simply won't care.

"In a universe where Donald Trump is not around, Gonzalez would be running for the Senate—but that's not the universe we're in. Impeachment turned that on its head," Rubashkin said. "If it's all about standing up for Trump, it's going to be Trump's guy who's the champion."

Matt Dole of Politics Counsel, an Ohio communications firm that specializes in Republican campaigns, added: "everybody saw a primary coming, and in Ohio, it's Donald Trump's base versus — for want of a better word — John Kasich's base. Those are the two wings of the party. And Kasich is persona non grata. ... In Ohio, the Trump base is the most significant. He brought new people into the party, and they're not going to be for anybody else."

Only one expert interviewed by the Daily Beast, political handicapper Larry Sabato, said he believes Gonzalez will fend off Miller's challenge.

"The standards are so low they're in the basement, but they haven't sunk to the center of the Earth," Sabato said.