The View's Meghan McCain drove co-hosts to 'their wits' end': 'We don't want to work with her anymore' 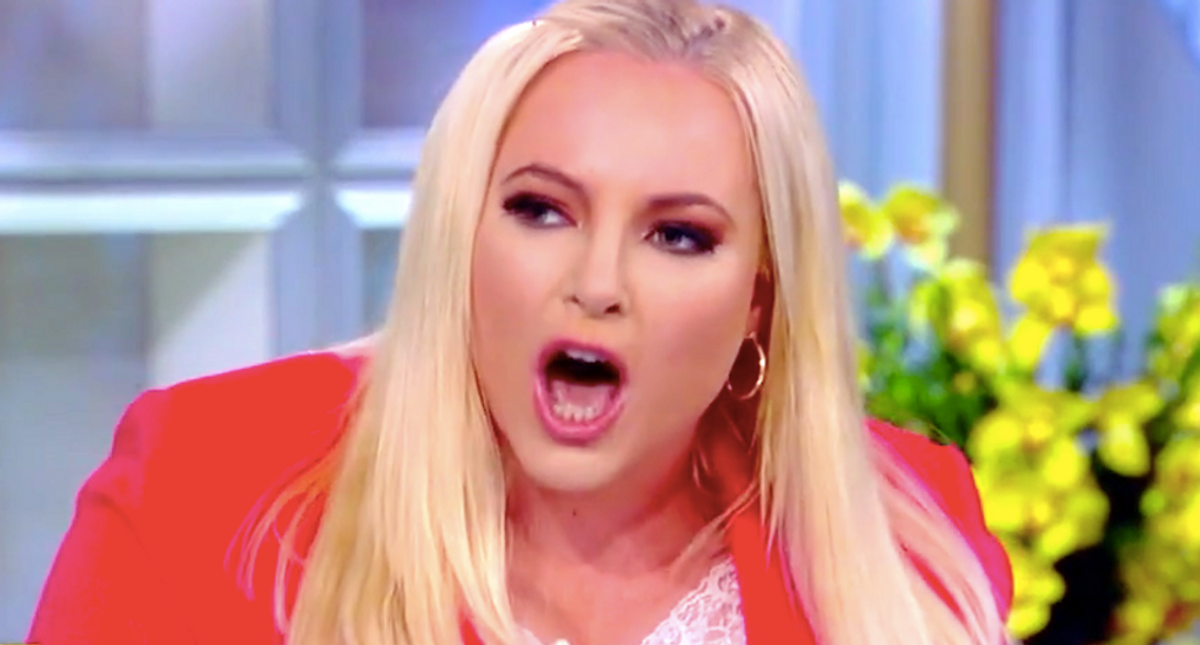 Meghan McCain finally wore out her welcome with her co-hosts on "The View," who made clear to ABC News' new boss they no longer wanted to work with the contentious conservative, who announced last week she was leaving.

The bombastic McCain had allies in the network's previous regime, but the April 2021 hiring of Kim Godwin as ABC News president spelled the end for her often combative four-year run as conservative co-host on the daytime talk show, reported Page Six.

"Everyone was at their wits' end — even Whoopi [Goldberg], and she's the chillest of them all," a source told the website. "Whoopi is never going to advocate for anyone to get fired. She's not about that, but she was very clear that she no longer wanted to work with Meghan."

Goldberg, Joy Behar and Ana Navarro -- who the source said "probably drank so many goddamn margaritas" to celebrate McCain leaving -- all approached Godwin with concerns about her behavior on air and behind the scenes.

"It happened as soon as Kim came in," sources said. "It was right after Joy and Meghan's huge [on-air] blow up [in May] where the network called an emergency meeting. They told new management, 'We don't want to work with her anymore.'"

"[They] all came with complaints to Kim about Meghan," another insider said.

She and co-host Sunny Hostin had settled into a "faux friendship" after the previous regime made clear they'd side with McCain in their own feud, but Goldberg told the new regime she wanted her gone.

"Whoopi was clear that she didn't want to work with her either," a source said. "There have been so many well-documented issues, and [Meghan] has not made a good impression on new management."