WATCH: Meghan McCain gets schooled on The View after whining about Josh Hawley losing his book deal 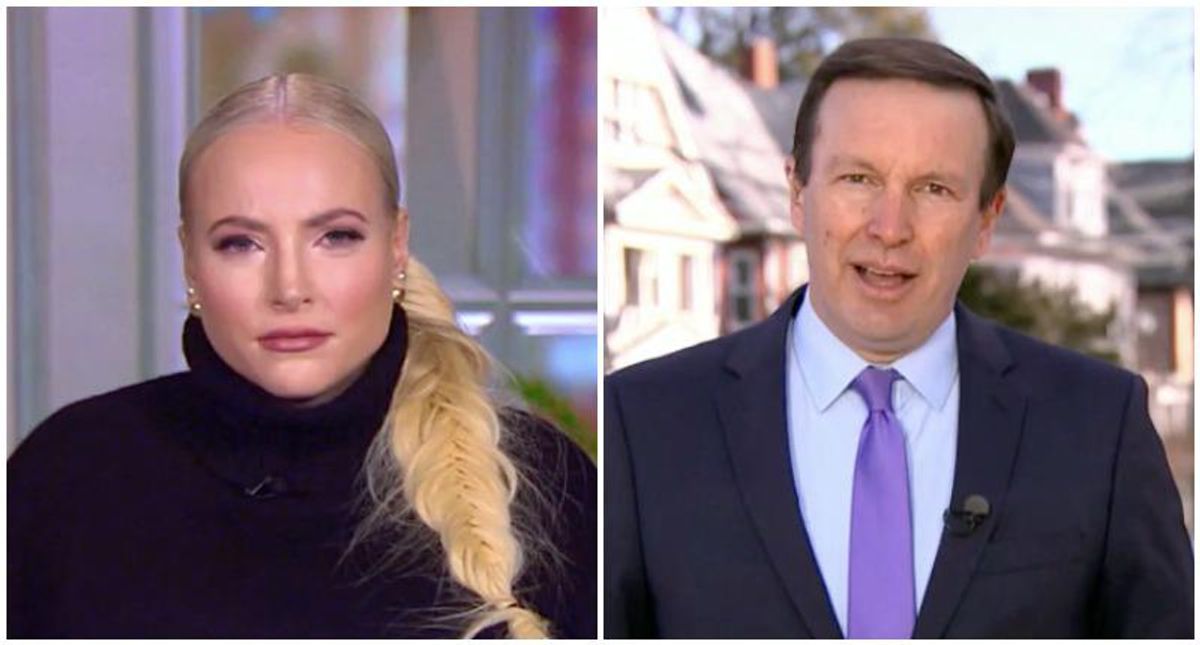 The other co-hosts asked Murphy, who sits on a subcommittee that oversees Capitol police, about security concerns after the riots, but McCain was worried that a fellow conservative -- whose objection to Joe Biden's electoral votes helped fuel the violence -- lost a contract with a book publisher as a result of his actions.

"I want to pivot to another news story," McCain said. "Yesterday Simon & Schuster announced they would be canceling the books of one of your colleagues, Missouri Sen. Josh Hawley because of his challenging of the Electoral College challenge. Are you comfortable with the public square where your colleagues, U.S. senators, espousing their views are silenced by the publishing of the media? I'm sure this is going to create only more division."

Murphy patiently explained why he didn't find the decision all that troubling.

"Nobody's robbing Josh Hawley of his First Amendment rights," Murphy said. "He can go and speak on the Senate floor, he can go and speak on a street corner. Nobody's locking him up for saying what he thinks, for leading an insurrection against the federal government, but Simon & Schuster is a private company."

"They said it is going to hurt their business if they are associated with Josh Hawley," Murphy added, as host Joy Behar cackled in the background. "You have to accept the consequences of engaging in such outrageous behavior as riling up people to march on the United States Capitol, and so if that means that you can't make money off of a book, then so be it. Josh Hawley can still give all the speeches he wants, but he doesn't get to make millions of dollars from private companies if he's doing things that make him incredibly unpopular."

That explanation didn't satisfy McCain, however.

"I hear what you're saying and obviously there's a lot of anger directed towards him right now, but how is there -- we all want to see change," she said. "I think every rational American wants bipartisanship, and we want to get over these kind of divisions and we are clearly disgusted by the behavior of him. How are Republicans and Democrats going to be able to work together when there's so much anger and division? The country is in pain, I want to see unification."

Murphy suggested she ask Hawley himself about that, and pointed out that Hawley did not withdraw his objection even after lawmakers were forced to hide out for hours after violent mobs stormed the Capitol, killing one police officer an injuring dozens of others, and four of the rioters also were killed.

"Let's talk to Josh Hawley about that," Murphy said. "I mean, he had an opportunity on Wednesday night to withdraw his objection. The Senate was almost burned down, and he had a decision to make afterwards. He could have withdrawn his additional objection to Pennsylvania. he knew he wasn't going to win, but he kept going after four people had died. You want to talk about bringing this country together, then let's hold the people accountable accountable to continue."