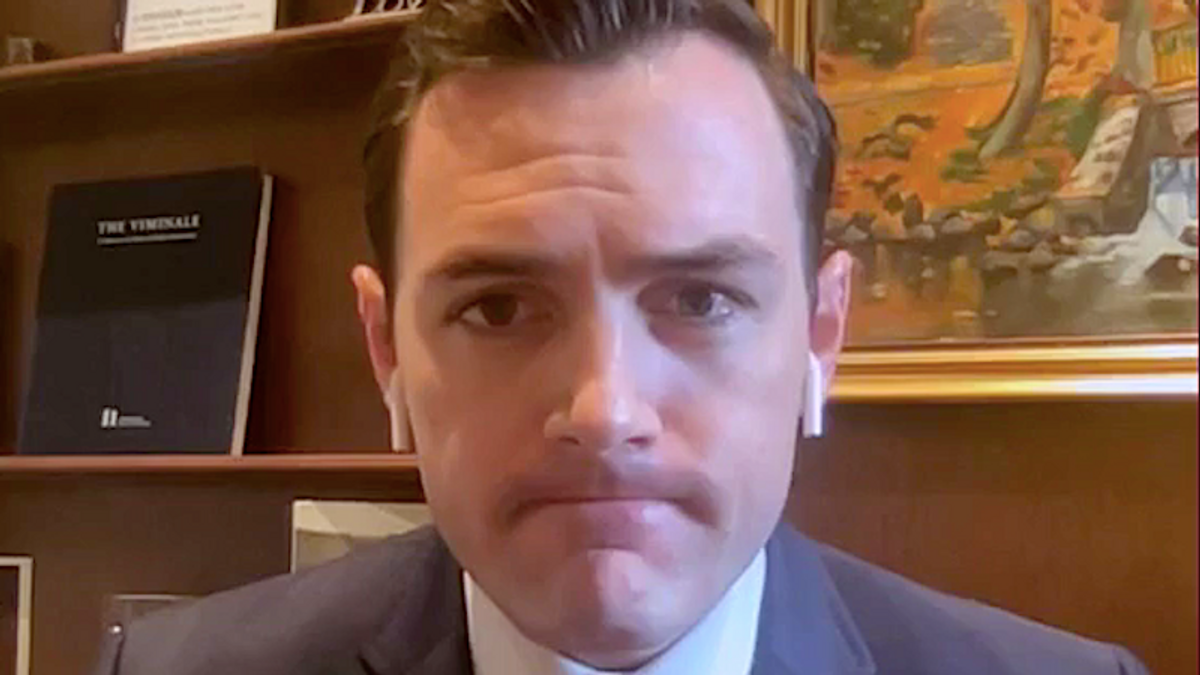 Rep. Mike Gallagher (R-WI) is facing backlash for changing his mind on whether Rep. Liz Cheney (R-WY) should remain a Republican Party leader.

The Wisconsin Republican backed Cheney remaining as conference chair, the GOP's third-ranking position in the House, when she was challenged in February for voting to impeach former president Donald Trump.

"We must be a big-tent party," Gallagher said at the time, "or else condemn ourselves to irrelevance."

But now, as Trump pressures the party to punish Cheney for refusing to back his election lies, Gallagher has flip-flopped.

"House Democrats under Speaker [Nancy] Pelosi have been ruthless in advancing their radical progressive agenda, and Rep. Cheney can no longer unify the House Republican conference in opposition to that agenda," Gallagher said in a new statement. "We need to take back the House in 2022 and permanently retire Pelosi."

The reactions were swift and brutal.

@BillKristol @KevinMKruse I have viewed Mike Gallagher as one on the better side of the GOP. Never mind.
— Norman Ornstein (@Norman Ornstein)1620743720.0

Mike Gallagher doing everything possible to step into Ron Johnson's Senate seat (should Ron decide not to run) to g… https://t.co/rFMB7HYeVm
— danny (@danny) 1620743320.0