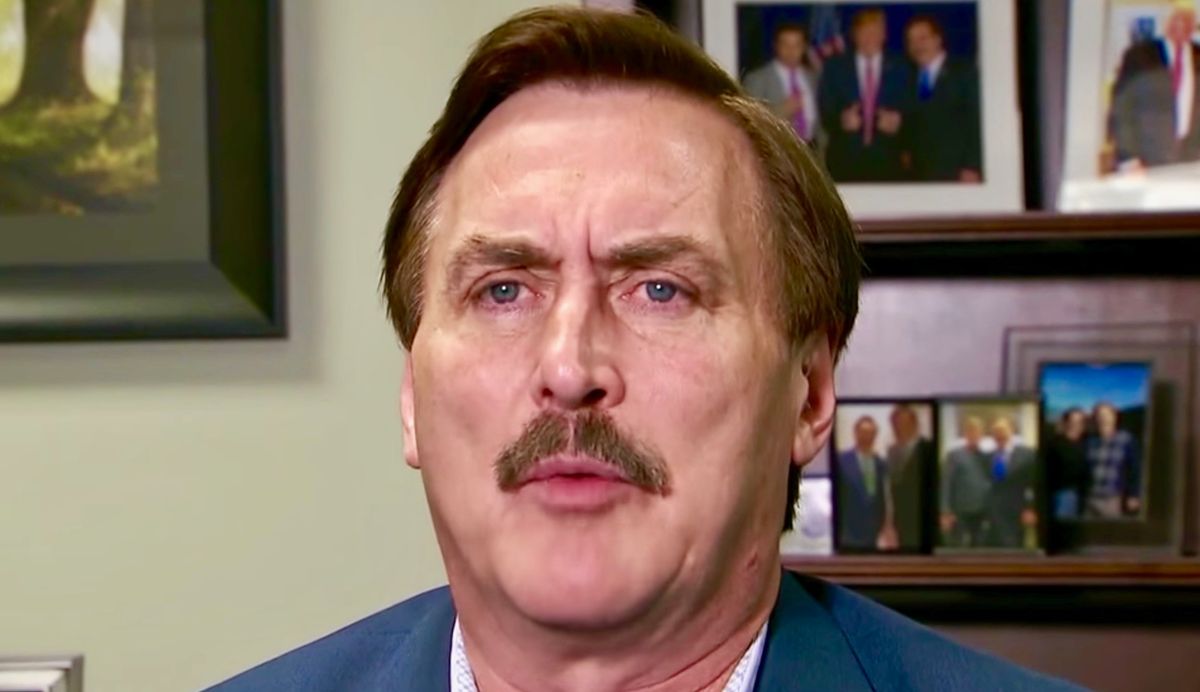 Mike Lindell of My Pillow/Screenshot

MyPillow CEO Mike Lindell was slapped with a $1.3 billion defamation lawsuit from Dominion Voting Systems over his baseless claims about election fraud.

The Fox News regular helped former president Donald Trump spread claims that he lost the 2020 election through fraud allegedly perpetrated by the company and others, and Dominion filed a defamation case against Lindell and his company.

"He is well aware of the independent audits and paper ballot recounts conclusively disproving the Big Lie," the complaint states. "But Lindell…sells the lie to this day because the lie sells pillows."

Today legal representatives for #DominionVotingSystems filed a defamation complaint in the U.S. District Court for the District of Columbia against My Pillow and its CEO, Mike Lindell. The court filing follows several retraction notices and warnings about legal action.
— Dominion Voting (@dominionvoting) February 22, 2021

The lawsuit was greeted with cheers from many social media users.

The seditious Mr. Pillow has been sued for more than $1.3 billion by Dominion Voting Systems for defamation. Not sure he will have a good night's sleep.
— Michael Beschloss (@BeschlossDC) February 22, 2021

Mike Lindell, like so many of them, is such a totally comedic character — the mustache, the way he talks, the name of his company, that a photographer shot his “martial law if necessary" note when he visited Trump, that he's being sued for $1.3 billion, everything.
— Kurt Andersen (@KBAndersen) February 22, 2021

MyCushion: Because that ass is about to take a beating.

After Dominion takes MyPillow for every penny it's worth, Mike Lindell should go to every single MyPillow employee and personally apologize for costing them their job. His ignorance and stupidity have consequences, and those are the consequences.
— βɛth (@feverspell) February 22, 2021

He literally asked for it.
Lindell —
“I want Dominion to put up their lawsuit because we have 100% evidence that China and other countries used their machines to steal the election." https://t.co/vyeV0AeJeH
— Bruhette (@AzSportsGirl63) February 22, 2021

Lindell is going to end up losing a good sized portion of his assets because he got taken in. it is both sad and a relief. the man needs professional help.
— Ohio Voter Project (@ohvoterproject) February 22, 2021