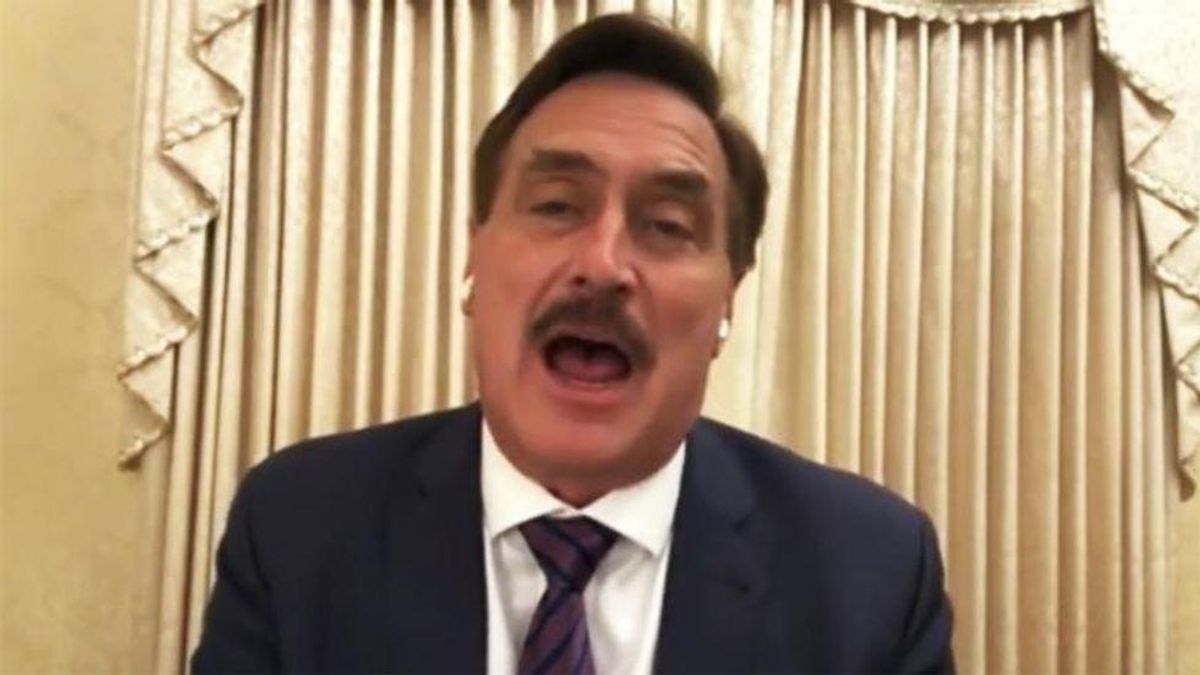 The Atlantic's Anne Applebaum spent an afternoon with the staunch Donald Trump supporter and discussed her findings, and Washington Post columnist Eugene Robinson said Lindell's bizarre views mattered because they were shared by millions of Americans -- some of whom violently stormed the U.S. Capitol intending to overturn the 2020 election.

"You know, on the one hand, this is deadly seriously and important, on the other hand he is a sideshow and a clown and a lunatic," Robinson said. "He believes stuff that simply is not true, and so, where is that common ground? Where is the entry point, the place where you can talk about stuff that might be agree about and then proceed to chip away at this bizarre and untrue belief system that he sincerely has? Did you find anything that you could talk to him about on which he made sense?"

Applebaum said the pillow magnate sounded like a normal businessman when talking about his company, but he veered off the rails on politics.

"When you got him to talk about his business, he was a little bit more rational, and you can imagine him being a good boss and people liking him," she said. "I mean, he's an affable guy. It may be that through some kind of conversation about that that you could get to him or people like him. You could say, look, do you want your business to collapse? Look at the amount of money you're spending on this stuff. That's nuts. Look at the people who work for you, and do you really want them to suffer?"

"If you took someone like that or someone who has those kinds of views, do you try to push them in a pragmatic direction and away from the culture wars and away from the craziness," Applebaum added. "We might be able to have a different kind of conversation.That's the lesson, if you look around the world, if you look at places where there's been real violence, look at Northern Ireland or places there's been civil wars, very often people find the way to get people to cooperate again is not by talking about what causes the civil war but, you know, how we can move forward in the future or what roads we can build and so on. It's not a perfect analogy, but it's the best one that I've come up with. It may be, you know -- it may not work with Lindell because he's so far gone in this Supreme Court 9-0 vote direction, but maybe with other people, people that you all know ... that kind of conversation could be more useful."