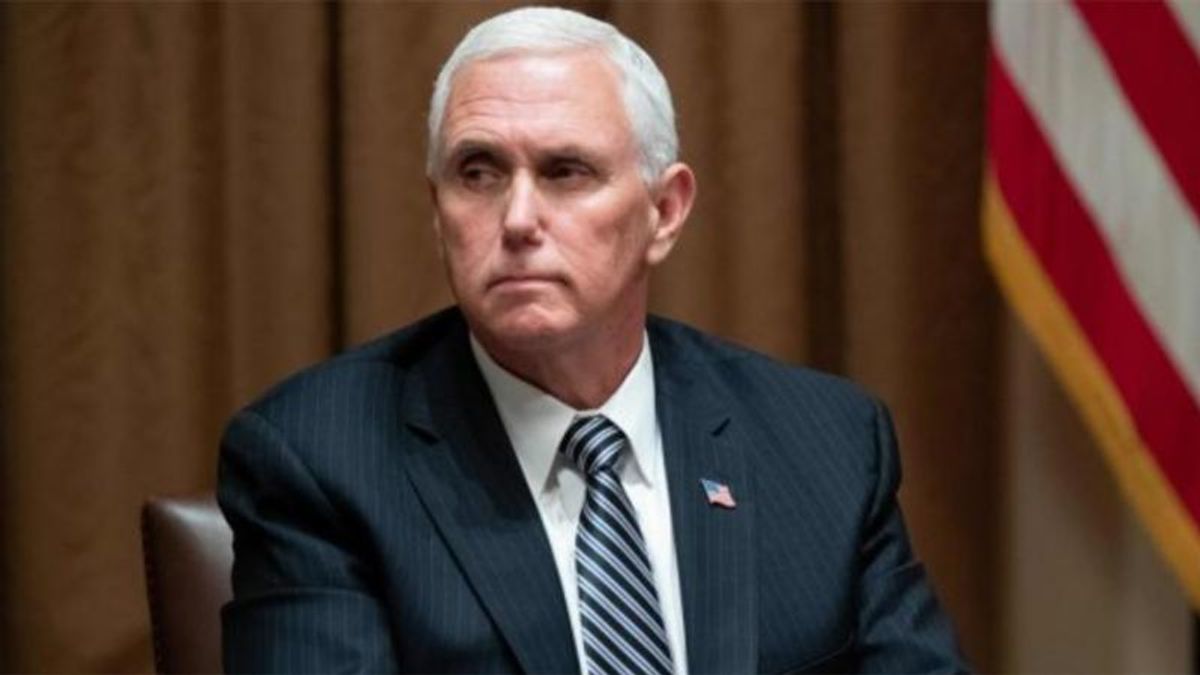 Now, with the knowledge that supporters of the president wanted to lynch him when they stormed the U.S. Capitol on Jan 6th after the president incited rallygoers to march on Congress, Pence is at a crossroads as he considers his future.

According to a report from Maureen Groppe for USA Today, Pence is not only a "man without a home," he is also facing the possibility that Democrats will force him to testify about the president's actions on Jan. 6th as rioters overwhelmed police and forced lawmakers to flee for their lives.

As Lara Brown, director of the Graduate School of Political Management at George Washington University, put it, "Pence is not wanting to antagonize the base, but at the same time, he wants to leave open his options for repudiating this president."

Case in point, the upcoming Senate impeachment trial of Trump for "willful incitement of insurrection" stemming from the president's encouragement of the right-wing extremists who battled with Capitol police leaving five dead.

Pence, who likely would like Trump out of the way in 2024 if he is planning a presidential run, could stick the dagger in the president's back if he is called as a witness in the Senate impeachment trial.

And that is a distinct possibility.

As USA Today reports, "Pence could soon face another loyalty test when the Senate holds a trial on whether to convict the impeached Trump of inciting violence against the government. Democrats might want Pence to testify about why it was the vice president, and not Trump, who played a key role in mobilizing National Guard troops after the Capitol Hill Police were overwhelmed."

Calling it a "loyalty test," the report notes that Pence's testimony -- if damning enough -- could result in the president's conviction by the Senate, thereby barring him from running again.

According to conservative political consultant Michael Steel, "I think it's a prerequisite for a successful (Pence) candidacy that President Trump is not running."