Trump winds up DC protesters: 'If Mike Pence does the right thing, we win the election' 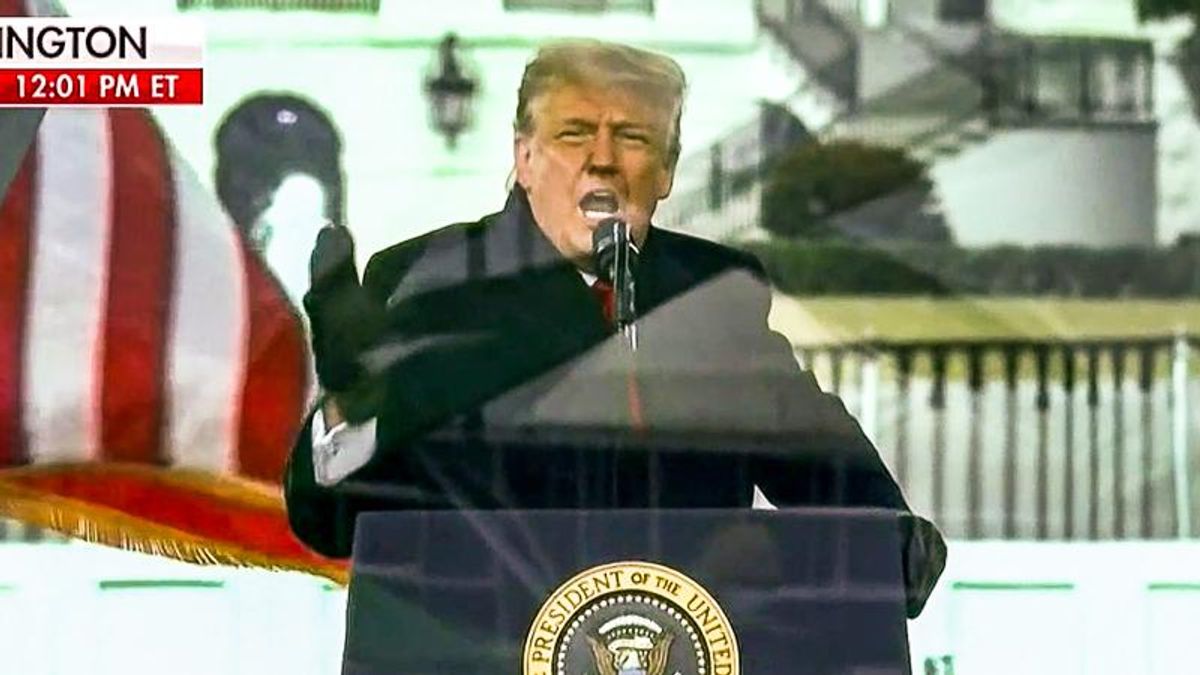 At a "Stop the Steal" rally in Washington, D.C., Trump egged on thousands of supporters who were demanding that the 2020 election be overturned.

"What an absolute disgrace that this could be happening to our Constitution," Trump opined. "And I hope Mike is going to do the right thing. I hope so."

Trump claimed that the "states want to revote."

"The states got defrauded, they were given false information, they voted on it," he said. "Now they want to recertify, they want it back."

Trump added: "All Vice President Pence has to do is send it back to the states to recertify and we become president and you are the happiest people."

The president revealed that he had recently spoken to Pence about rejecting the results of the Electoral College.

"I just spoke to Mike and I said, 'Mike, that doesn't take courage. What takes courage is to do nothing,'" Trump asserted. "And then we're stuck with a president who lost the election by a lot and we have to live with that for four more years. We're just not going to let that happen."