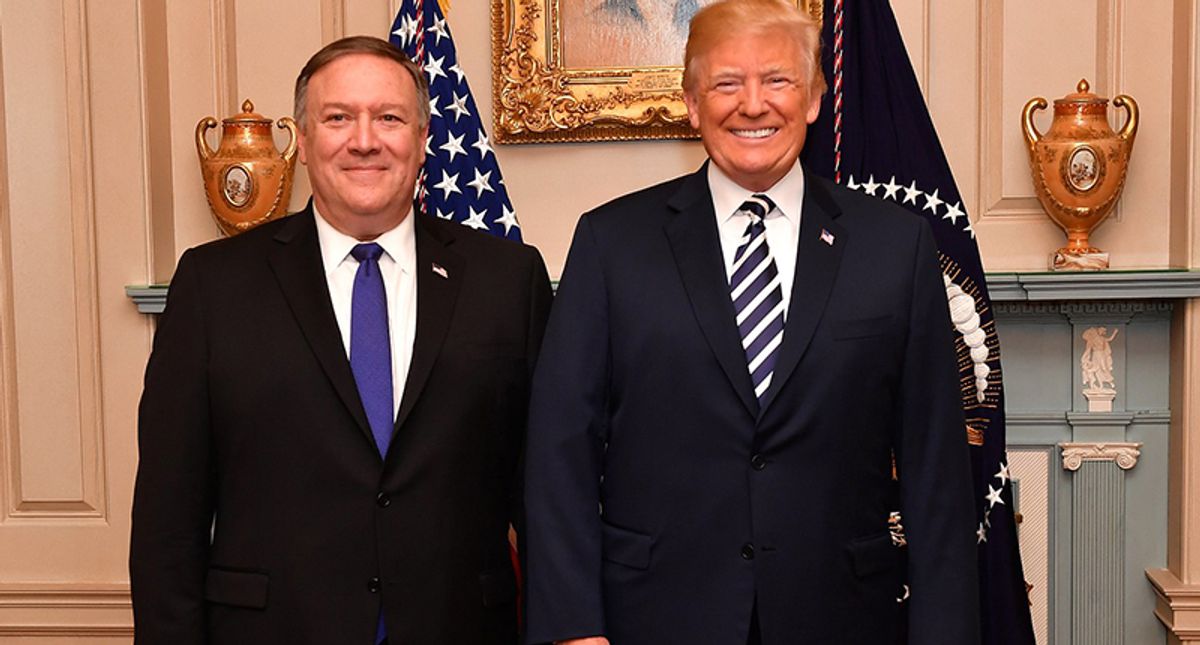 Secretary of State Mike Pompeo has spent the weeks after the first of the year trying to rewrite history on Twitter about what he accomplished in the office. If it was up to Pompeo, he should be thanked for establishing peace in the Middle East, saving Israel, bringing the troops home and proclaim he stopped Russian aggression.

Pompeo has spent his time as Secretary of State hosting a series of taxpayer-funded dinners with large GOP funders and political influencers that he'll need if he intends to run for president in 2024.

Pompeo isn't exactly the presidential type but Tisdall explained that Trump lowered the bar enough that Pompeo almost looks like he could be the next Trump. Unlike Vice President Mike Pence, Pompeo gleefully told reporters that Trump was the winner of the 2020 election. Pence, by contrast, was forced to count the votes and certify the election against Trump's explicit instructions. Among the chants during the Jan. 6 insurrection was "Hang Mike Pence," and rioters built gallows outside the building.

"Pompeo has upended established policies, adopted ultra-hardline positions, and claimed imaginary successes to advance his personal standing with the Trump rump," wrote Tisdall. "In fact, he's trying to out-Trump Trump. Like him, he's unscrupulous and aggressive, but here's the difference: he's not stupid. That potentially makes the former Kansas Tea party congressman and CIA chief more dangerous to the Biden presidency, and the progressive cause, than a disgraced Trump may ever be. He showed his political savvy by steering clear of the impeachment fracas. Instead, Pompeo is busy setting future agendas."

Pompeo is also trying to gin up a war with Iran in his final hours in office. Tweeting this week that al-Qaida has a new home in Iran, which Iran has denied. Pompeo couldn't provide any proof. It was remarkably similar to those attempting to go after Iraq after 9/11, claiming that they were developing weapons of mass destruction. Americans have been there before, but has it been long enough that voters forgot the rush to attack?

"We ignore this Iran-al-Qaida nexus at our peril," Pompeo announced. "We must confront it. Indeed, we must defeat it."

If Biden attempts to build a wave of peace with Iran, Pompeo intends to campaign on the war under the guise of stopping terrorism.

He closed by predicting Pompeo was about to become the future Trump, even if that means Trump is still alive and kicking.