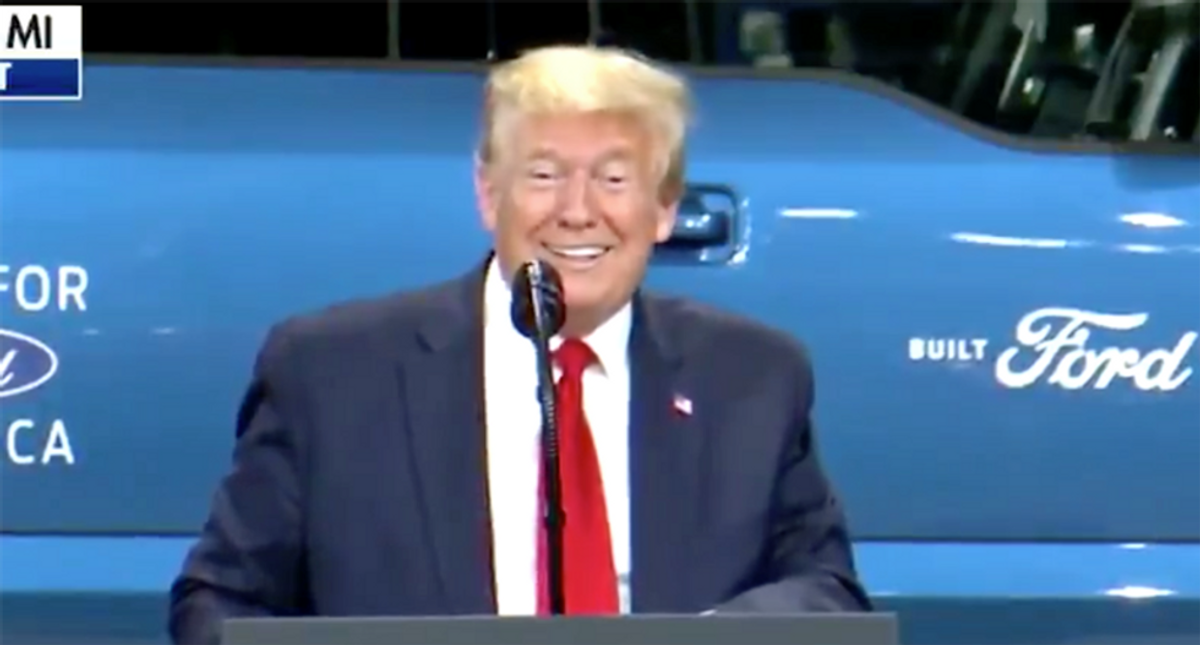 Joint Chiefs Chairman Gen. Mark Milley was so shaken by the Jan. 6 Capitol insurrection that he took top-secret action to prevent former president Donald Trump from launching nuclear weapons or carrying out another dangerous military attack, according to a new book by legendary journalist Bob Woodward and veteran Washington Post reporter Robert Costa.

"You never know what a president's trigger point is," Milley told his senior staff.

Milley, the nation's top general, feared Trump would "go rogue," and he "was certain that Trump had gone into a serious mental decline in the aftermath of the election," Woodward and Costa wrote.

"In response, Milley took extraordinary action, and called a secret meeting in his Pentagon office on January 8 to review the process for military action, including launching nuclear weapons," CNN reported Tuesday afternoon. "Speaking to senior military officials in charge of the National Military Command Center, the Pentagon's war room, Milley instructed them not to take orders from anyone unless he was involved."

Milley reportedly told the officers: "No matter what you are told, you do the procedure. You do the process. And I'm part of that procedure," before going around the room, looking each of them in the eye and asking if they understood.

Milley took the dramatic step following a phone call with House Speaker Nancy Pelosi, in which she pushed back after he tried to assure her the nation's nuclear weapons were safe.

"What I'm saying to you is that if they couldn't even stop him from an assault on the Capitol, who even knows what else he may do?" Pelosi said, according to a transcript of the call obtained by Woodward and Costa. "And is there anybody in charge at the White House who was doing anything but kissing his fat butt all over this? You know he's crazy. He's been crazy for a long time."

Milley responded by saying he agreed with Pelosi "on everything," before getting off the phone and telling other top officials — including the CIA director and the National Security Agency chief — to "aggressively watch everything, 360."

"Milley was overseeing the mobilization of America's national security state without the knowledge of the American people or the rest of the world," Woodward and Costa wrote.

Woodward and Costa's book, "Peril," is scheduled to be released next Tuesday.