Mitch McConnell's war on CEOs may blow up in his face: CNN 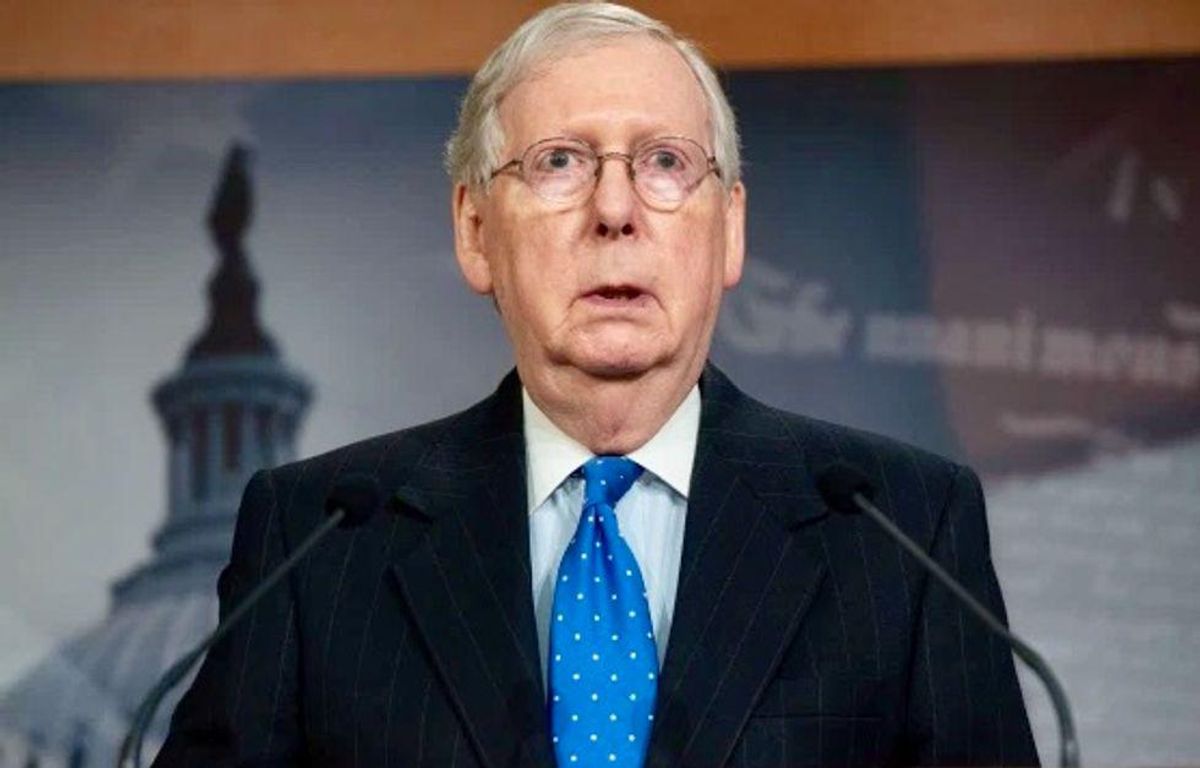 According to CNN's Lincoln Mitchell, Senate Minority Leader Mitch McConnell (R-KY) may be playing with fire if he continues to complain about corporate CEOs inserting themselves into political issues like Georgia's restrictive voting rights bill.

The always business-friendly McConnell has long reaped hundreds of millions of dollars in donations for the Republican Party by pushing for lower corporate tax rates and by blocking any bills that encumber large American companies.

However, after massive corporations like the Coca-Cola Company and Delta Airlines harshly criticized Republican lawmakers in the state where they are based, McConnell jumped into the fray and advised CEOs to butt out of governmental affairs he believes don't concern them.

As Mitchell wrote, "Senate Minority Leader Mitch McConnell's recent warning to the corporate CEOs of America that they would face serious consequences for using 'economic blackmail' to protest against voter suppression laws is neither a gaffe nor a misstatement. Rather, it reflects the state of a Republican Party that is settling into its post-Donald Trump identity."

Mimicking Trump's abrasive approach to perceived opponents, Mitchell argued, would be a big mistake that could haunt Republicans in the 2022 midterms and beyond.

"Although McConnell's comments appeared most targeted at corporate response to Georgia's new law regarding voting, he expanded his critique of business taking positions on political issues that differ from those of the GOP," Mitchell wrote before adding, "These comments sound particularly absurd coming from a leader of a Republican Party that for generations has been the party of big business, not least because CEOs and other business leaders have long been an important fundraising source for the Republican Party and for McConnell specifically."

According to the CNN analyst, large corporations and CEO's could just simply pull the plug on contributions which could severely underfund GOP efforts to regain control of the Senate and the House.

"While McConnell may be upset about business opposing Republican efforts to make it more difficult for people to vote, his party would suffer if CEOs decided to stay out of politics by stopping their campaign contributions," he wrote. "By criticizing the business community in this way, McConnell, who is known for his keen strategic mind, revealed a fair bit about where the post-Trump Republican Party is heading. As the leader of his party in the Senate, McConnell has two key short-term political goals: winning back control of the Senate for the Republicans in 2022 and making sure that he remains the leader of his party's Senate caucus. It is in this context that the positions he takes must be understood."

As the analyst sees it, Republicans are using the Trump playbook but it won't work for them and now they have to do some damage control.

"This is the corner into which Trump has backed Republicans. Either they move back to their conventional pre-Trump style and see voter enthusiasm potentially wither or they embrace the resentment and sense of victimhood that defined Trumpism, fighting against powerful CEOs along the way. McConnell may think he is making the right strategic choice, but it is tough to see how this will work for the GOP in the long run," he concluded.