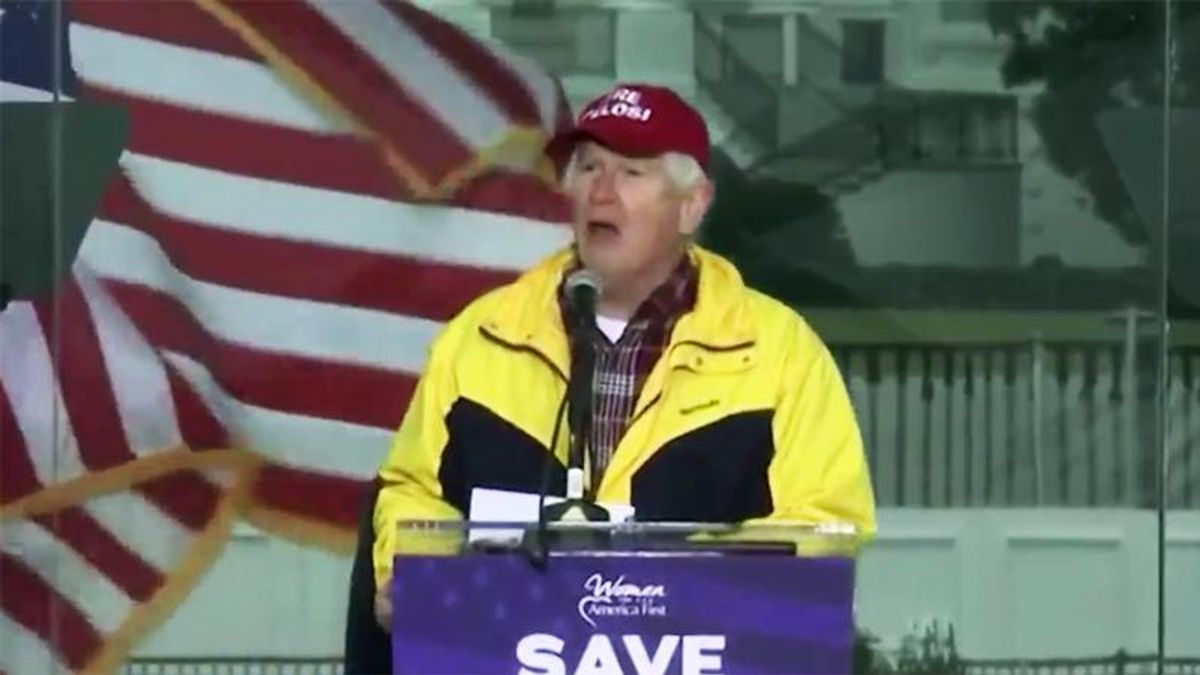 "We have been attempting to serve our complaint on Mo Brooks for more than a month," Swalwell attorney Philip Andonian told Punchbowl News.

Brooks is running to replace retiring Sen. Richard Shelby (R-AL) and has been endorsed by the twice-impeached one-term president, who has voluntarily waived service and entered the lawsuit.

"I talked to staffers in [Brooks'] D.C. office who promised a response from someone, which never came," Andonian said. "I sent the complaint and a waiver of service form in a detailed email to his chief of staff and counsel, which to date remains unanswered."

"The other defendants in the case — including Donald Trump — have all agreed to waive service in the interest of getting to the merits of the case," the attorney added. "It seems clear that Brooks is choosing to make a political stunt out of a part of the process that essentially is a formality, which is unfortunate -- although not surprising."