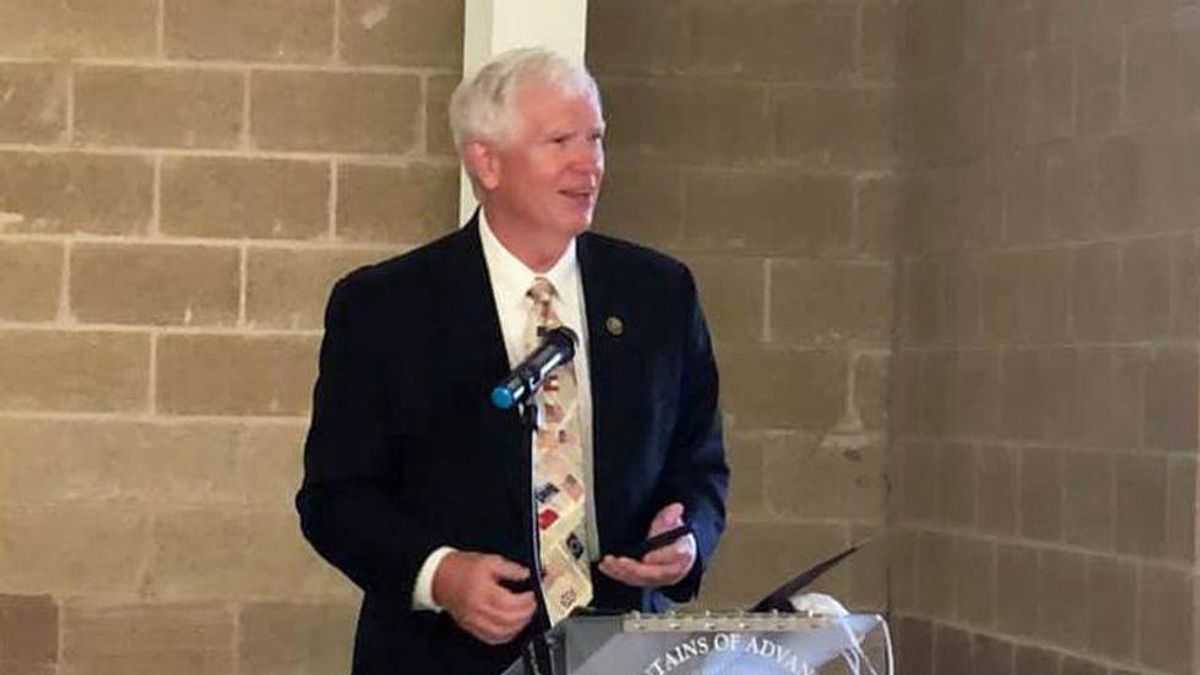 Rep. Mo Brooks (R-AL) lashed out on Twitter Sunday afternoon when his wife was served with a subpoena for Rep. Eric Swalwell's (D-CA) civil lawsuit. Brooks ranted on Twitter that the subpoena was illegally served because the process server was caught "sneaking into my house and accosting my wife."

In the course of his rant and need to post a screen capture of the penalties of illegally trespassing, Brooks accidentally posted his PIN number and the password to his Gmail account, which are taped under his screen on his laptop.

Brooks has also been caught blocking people on Twitter from the official Congressional account, which is illegal. Rep. Marjorie Taylor Greene (R-GA) was caught doing the same and was forced to settle with a liberal group for a $10,000 fee. At least two people have reported being blocked by Brooks, including actor, producer and women's equality activist Patricia Arquette.