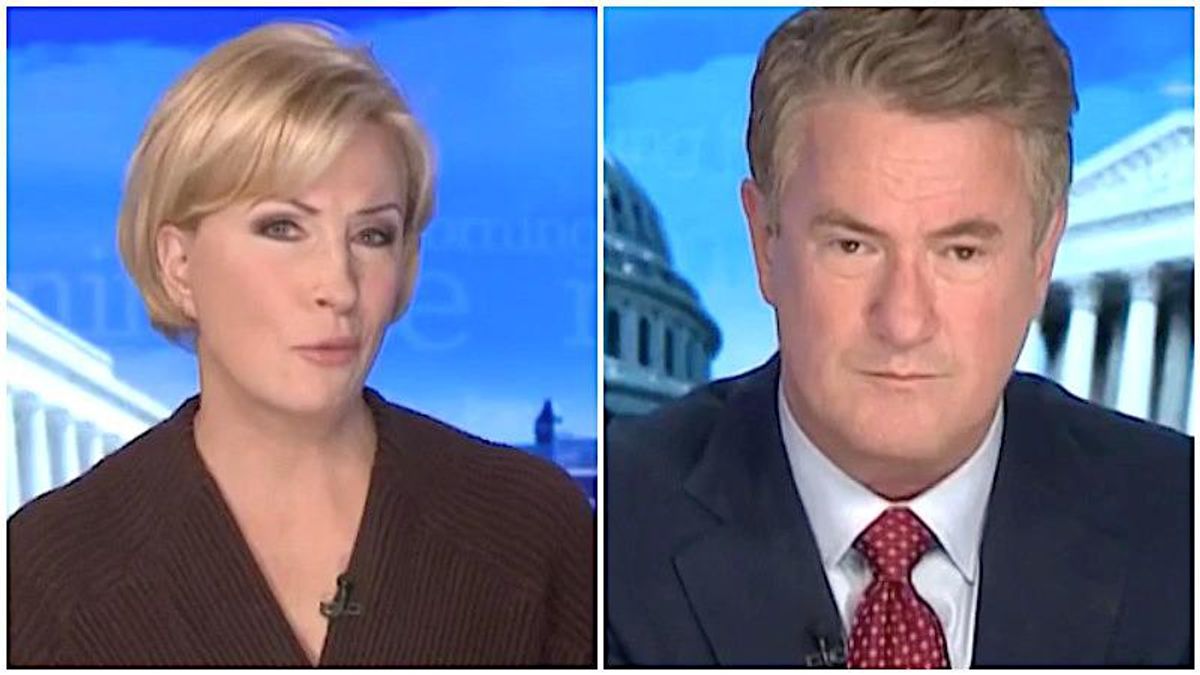 The twice-impeached one-term president has been urging supporters to route their donations through him, rather than official GOP entities, and the "Morning Joe" hosts agreed Trump was running another one of his patented scams.

"Did the GOP see this coming?" Brzezinski said, as Scarborough cackled. "Come on, man."

Scarborough doesn't understand why the Republican Party remains beholden to someone who lost the White House, cost them majorities in the House and Senate, and is currently embroiled in numerous lawsuits and investigations.

"Give all of your money to that guy," Scarborough said. "That guy who, by the way, is under investigation by how many different entities for moving money around improperly, allegedly illegally. That's where -- so the Republican Party has trusted this guy with the White House. He loses the House, he loses the Senate, he loses 1600 Pennsylvania Avenue, and now he's saying give me all your money. We're about to find out, Mika, just how deep this personality cult goes."

The grift is so obvious, Brzezinski said.

"All I know is," Brzezinski said, "if the Republican Party acts shocked, that's just it. It's over."