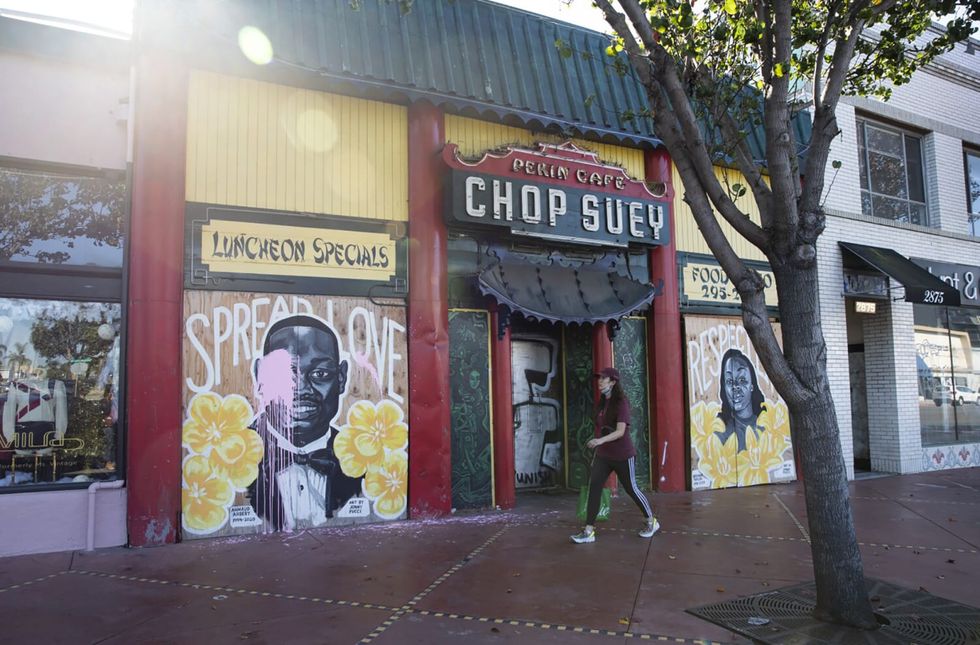 SAN DIEGO — A mural in North Park depicting Ahmaud Arbery, whose shooting death in Georgia resulted in a trial in which three men were convicted of murder last week, has been defaced. It is unclear when the portrait of Arbery on the boarded-up windows of the shuttered Pekin Cafe Chop Suey restaurant on University Avenue was defaced with light pink paint, which covered parts of the artwork. San Diego police Lt. Adam Sharki, a spokesperson, said the department became aware of the paint after a Union-Tribune reporter asked about it on Tuesday. Sharki said no one had reported the incident. Pamuela...