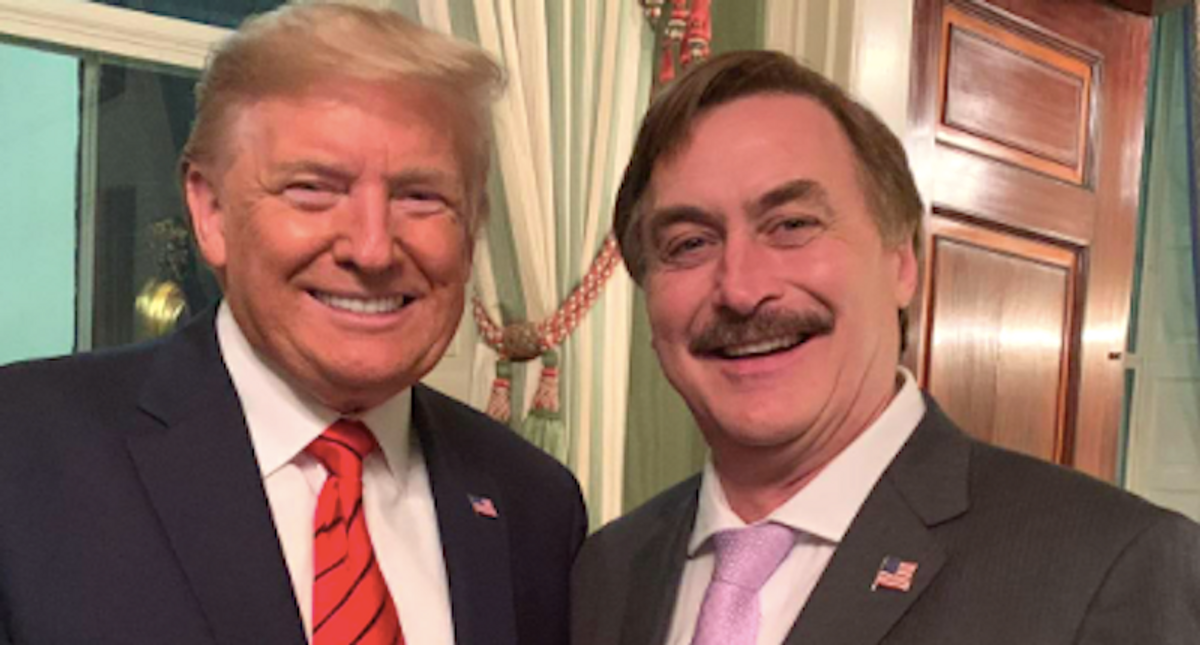 "Charles Harder is the attorney," Lindell told The Daily Beast. "I never met this lady in my life and have never been to West Village and the Hamptons, where they said I was in the hit piece."

"They've done so much damage to my reputation… I'm not just going for a demand letter or a retraction, I want to go after them with a lawsuit because they have damaged my integrity as a Christian and my network to help addicts everywhere," Lindell said.

Lindell also explained his belief the story was a "hit job" because he keeps pushing lies about election fraud.

The Beast reminded of Harder's background.

"The Gawker-killing attorney, who has represented everyone from now-former President Donald Trump to professional wrestler Hulk Hogan, has established himself as a go-to attorney for aggrieved celebrities looking to take on news outlets. In 2017, Harder helped wrestle a settlement and payment for Melania Trump from the Daily Mail, which was forced to retract and apologize for an article claiming she had once been an escort," The Beast reported.