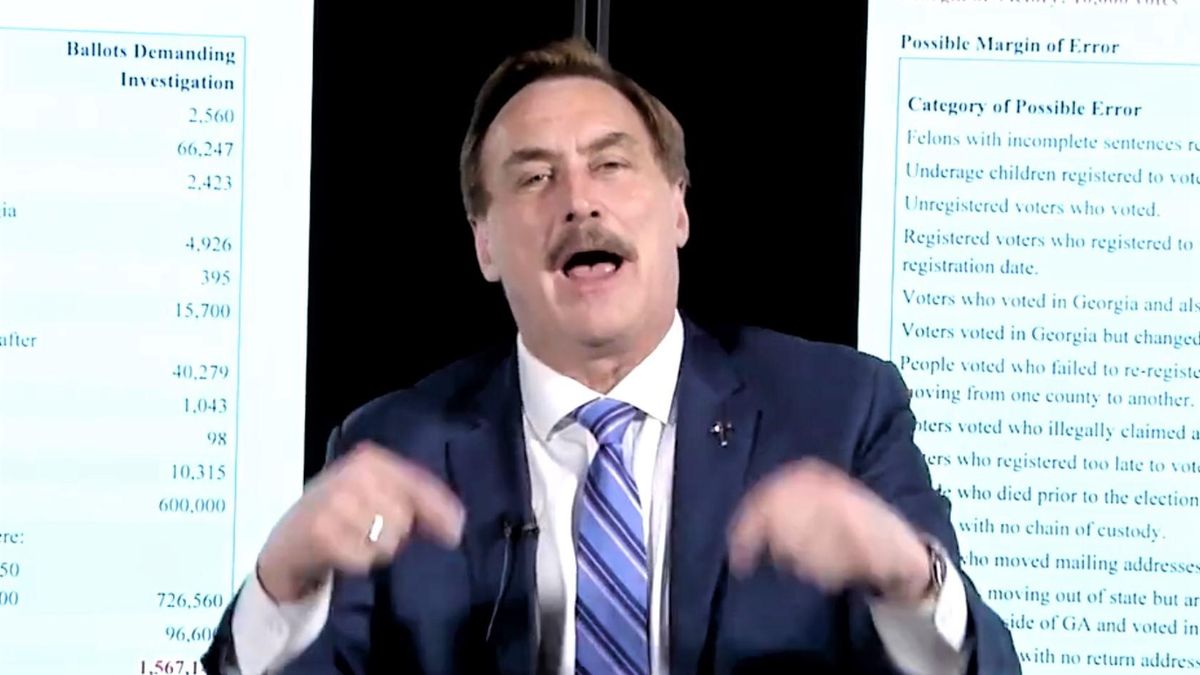 Mike Lindell, the Trump-loving CEO of MyPillow, has been hit with a new $1.3 billion defamation lawsuit over his lies about the 2020 presidential election.

The Wall Street Journal reports that Dominion Voting Systems has sued Lindell for his false claims about the company conspiring to steal votes from former President Donald Trump at the behest of the Chinese government.

In its lawsuit, Dominion accuses Lindell of telling a "Big Lie" about the election being stolen from Trump as a shameless way to gin up publicity for his business.

"He is well aware of the independent audits and paper ballot recounts conclusively disproving the Big Lie," the complaint says. "But Lindell…sells the lie to this day because the lie sells pillows."

Earlier this month, Lindell released a three-hour TV special about purported voter fraud in the 2020 election in which he implied that Satan had a role in denying Trump a second term and interviewed a retired general who ranted about President Joe Biden being a front for "communism."

Lindell also repeated his baseless claims about Trump votes "breaking" the algorithms in Dominion voting machines, which Dominion cites in its lawsuit as an example of defamatory speech that has irreparably harmed the company's reputation.