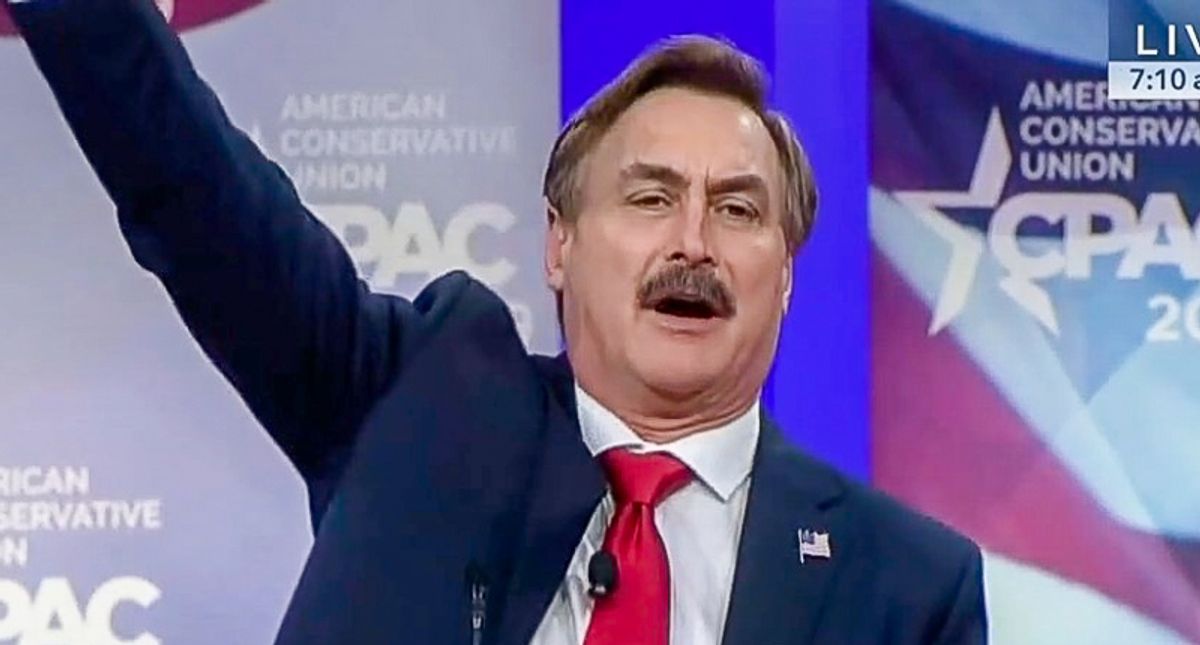 "Following his meeting with President Trump on Friday, MyPillow CEO Mike Lindell said in a Facebook interview with Right Side Broadcasting News today that he's praying that the military presence in Washington is part of Trump's plan to retain power," Tim Miller of The Bulwark reported Saturday. "In Lindell's interview—which has garnered hundreds of thousands of views on Facebook in just a few hours—he recounts the details of his meeting with the president and rattles off a series of unintelligible conspiracies in a Minnesota lilt."

Lindell believes he has "proof" of election fraud, pushing the debunked conspiracy theory that incited the fatal January 6th insurrection at the U.S. Capitol.

"You know I've been looking down every hole for election fraud since November 4th and about eight or nine days ago this proof came out. One-hundred percent footprints from the machines of the machine fraud," Lindell said. "I wanted to get it to the president. This is it. This shows that Joe Biden lost: 79 million for Donald Trump and 68 million for Joe Biden."

"I said I talked to the guy. This is real. I said it's got the IP address of the computer that it came out of. It also has the latitude and longitude like over in China this went over there came back and it shows the number of votes flipped," Lindell argued.

Just tried this and confirmed that this indeed is an active promo code on the MyPilllow site: https://t.co/mvmHZzGZI8
— Torey Van Oot (@Torey Van Oot)1610844607.0

"What is your sense of the presence of the military here? Is it over the top?" the interviewer asked.

"I don't understand it," Lindell replied. "You know there's like three people and every other person's a military guy. . . . We've all had our prayers going, 'Gee maybe somethings gonna be done that this president is willing to say hey we've been attacked by another country cause we have. Our country's been under attack for a long time.'"

"I think people are hoping that this military presence is a response to what you just said," the interviewer said.