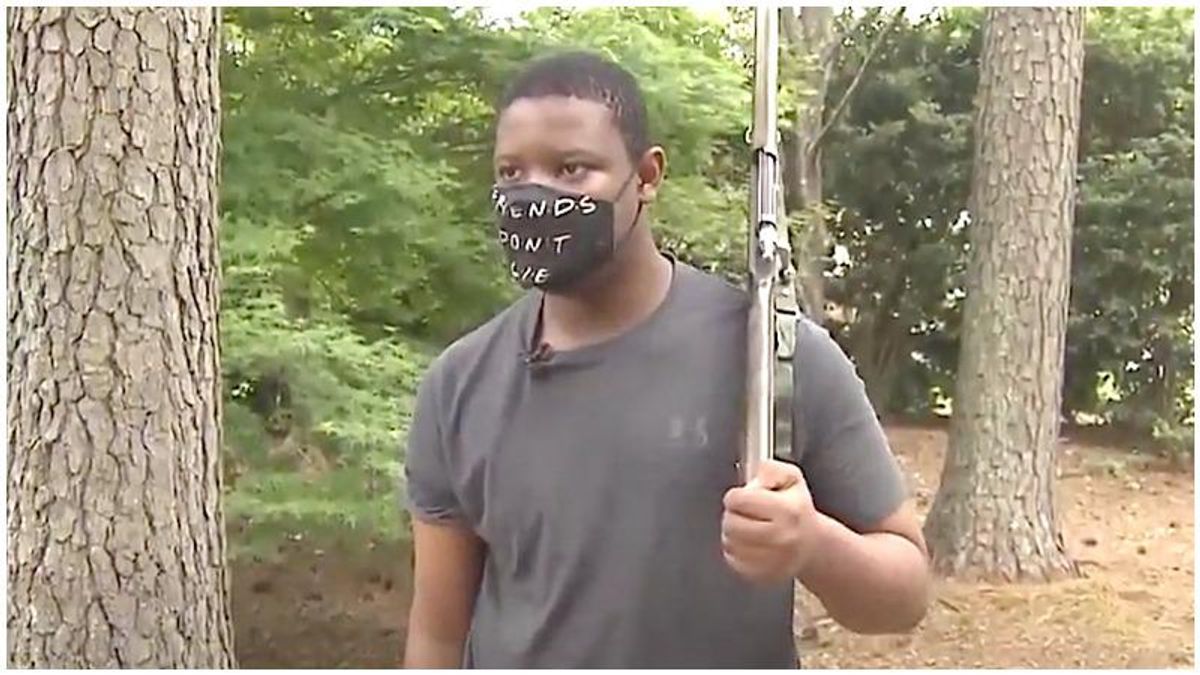 Walthour says his training from a community program called "Police Explorers" gave him the tools to respond properly when police arrived.

"I placed the gun down on the ground and walked away from it," he said. "And I kept my hands visible, away from my pockets and things because the officers recommend you keep your hands where the officers can see you."

WXII reports that Walthour's family is considering making fliers to let neighbors know he's is in ROTC and not a threat.

Watch WXII's report on the story below: