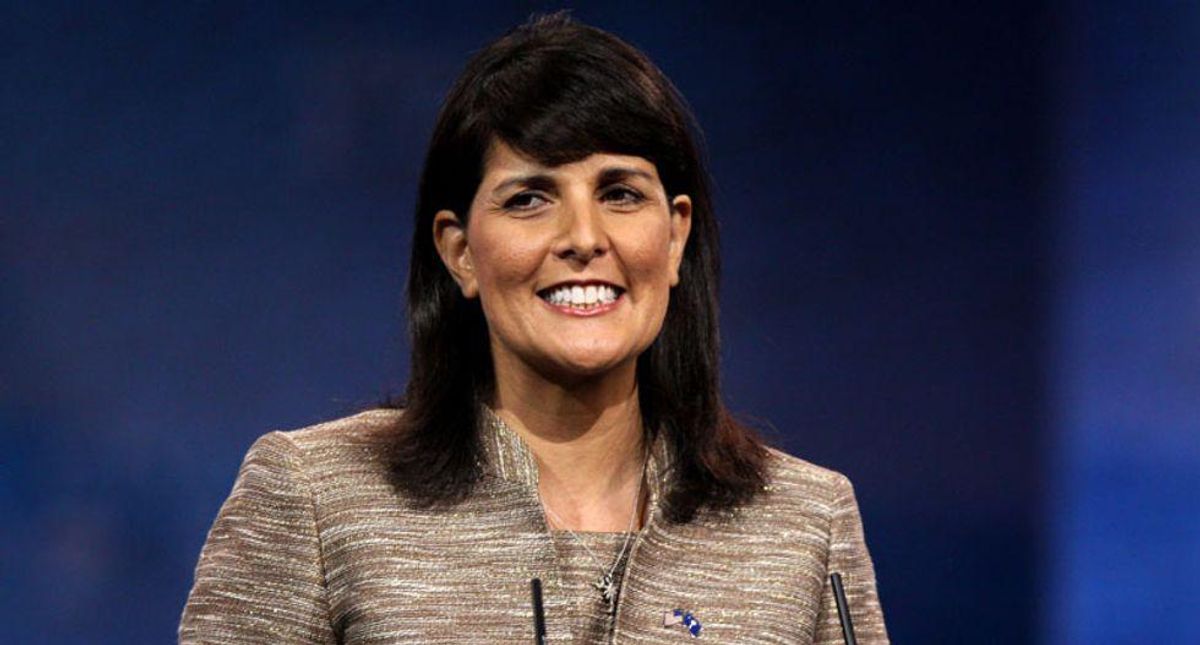 If you trust Haley, there's a very simple step she wants you to take. You need "to let the White House know how critical it is to support our allies." And you can do that if you'll just "rush your signature to our STAND WITH ISRAEL PLEDGE right now."

It's not clear whether President Joe Biden will see your signature anytime soon if you take this important step. But this much is certain, press the blue button that reads "Sign the Pledge Now" on the email, and you'll get to see an opportunity to donate money to the group "Stand for America."

If you're wondering how much of your Stand for America donation will be directly funding Israel's Iron Dome, wonder no more. This version of "standing strong behind our ally and friend" is a bit more indirect than that.

It's possible that many recipients of the email fundraiser knew that before. Haley does say in the email that she's "calling on every member on Stand with America" to rush that signature over.

But if you're like me and never heard of Stand for America -- and apparently you just received this email because at some point you allowed the Daily Wire to pass along your address to "sponsors" such as Haley's PAC -- you might have never known better.

If you make it to the bottom of the email, Haley does manage to disclose that "founded by Ambassador Nikki Haley, Stand for America is an advocacy group promoting public policies that strength America's economy, culture and national security." I suppose that makes everything cool legally.

But it still doesn't say anything about Stand for America being a political PAC.

Haley must figure that since she has gotten in hot water with Dear Leader Donald Trump for saying "his actions since Election Day will be judged harshly by history" -- only to grovel back for forgiveness -- it might be wise to show the boss that's she cool with grifting supporters. Just like he does.

Haley got plenty Trumpy with her email analysis, such that it is, of the current situation in Gaza.

"It is a shame that some on the Left are pushing misinformation and anti-Israel propaganda that stokes the flames. President Biden has called for restraint on both sides, but what he should be doing is having Israel's back.

Now is the time to stand strong with Israel against a TERRORIST assault.

"It should not be a difficult choice. Yet, President Biden is too focused on Trump policy reversal to do what is right. You and I know that Biden could put a stop to this right now.

"As U.N. Ambassador I worked alongside the Trump Administration to move the American Embassy to Jerusalem and always stood up for our allies at the U.N. This put the world on notice and set the tone for U.S. foreign policy.

"Hamas is testing the Biden administration because they don't think he will do anything severe. Inaction is unacceptable."

Haley's email omitted the detail that the only action she is advocating today is that chumps like me send money to her PAC thinking it's somehow going to send Hamas into retreat. It isn't.