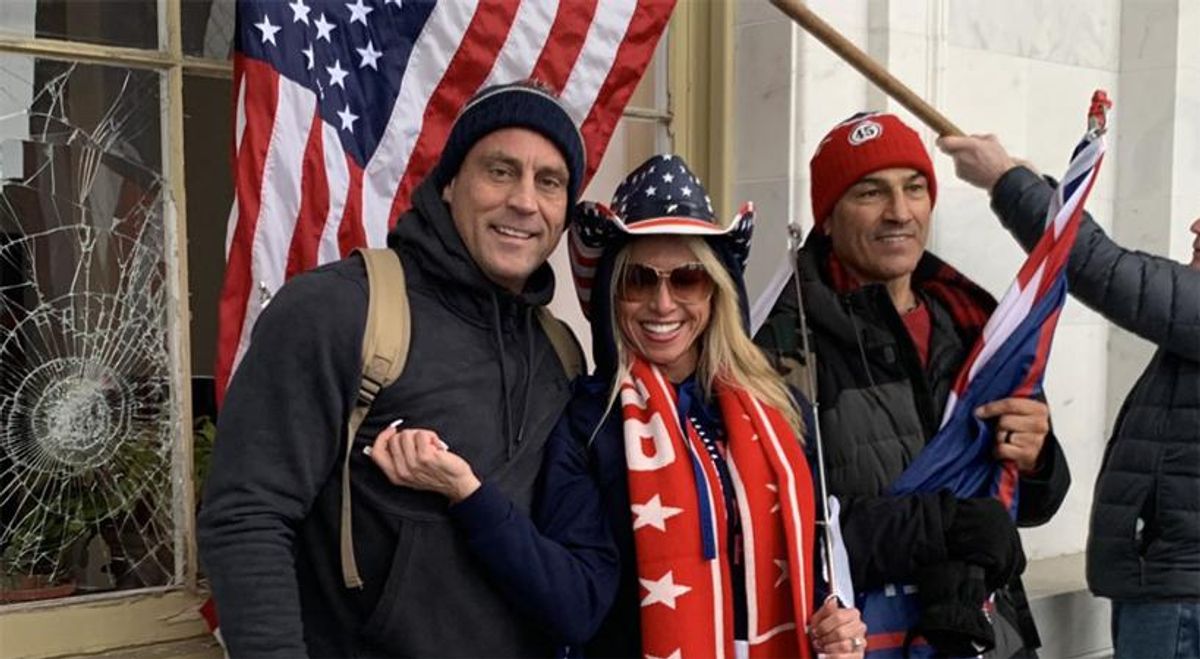 According to a deep dive by the Los Angeles Times into communities in North Texas that are home to a surprising number of protesters who took part in the storming of the U.S. Capitol on Jan 6th, they are now being scrutinized at the same time that locals are choosing sides and turning on each other.

The report, by the Times' Molly Hennesy-Fiske, takes a hard look at McKinney Texas, with the mayor -- a self-described "moderate Republican" -- admitting that things are growing increasingly out of control.

According to Hennesy-Fiske, "Mayor George Fuller is troubled by what he sees and hears in this conservative Dallas suburb. Battles with liberals are enduring and predictable, but what worries Fuller is the deepening rancor between Republican moderates and right-wing extremists over what America should look, sound and feel like."

Speaking with the Times, Fuller explained, "It's just not the party I recognize anymore. We are at a place where families are torn apart by political ideologies that are so skewed and out of whack," before admitting the turmoil has led some members of his family to quit speaking to him.

The report notes that Collin County -- where McKinney is located -- has been identified as home to an inordinate share of Capitol insurrectionists, with Hennesy-Fiske writing, "[the ] county's historic homes and expansive developments hum with a conservative extremism propelled by fear, disillusionment and social media that trade less on facts than on evoking tribalism."

"After the Capitol insurrection, some Black residents spotted white neighbors — including those in law enforcement — in videos and photos of the riot posted online. Tutson, a former City Council member in the nearby city of Anna, said he confronted a police officer running for McKinney City Council whom he had seen in pictures from the riot. He said the officer told him: 'It wasn't as bad as the media showed it on TV,'" the report states.

One resident, Diane Andrews, 50, proudly tweeted about her attendance at the Capitol riots and posted pictures of herself and fellow "Stop the Steal" protesters outside the Capitol building.

"Andrews and her friend Lee Jenkins, a hairstylist, said they joined the crowd 'storming the Capitol' but insisted most protesters were peaceful and didn't deserve to be charged. The women said they had considered entering the building too, but decided not to because they feared the tear gas would aggravate Jenkins' asthma," the Times reported, adding that an unapologetic Andrews gushed, "It was the most historic event we've ever done."

According to the Republican Fuller, the split in the community has had a deleterious effect on his life.

"Mayor Fuller, who supported pandemic restrictions and refused to support Trump, has felt the sting of Republican extremists. He was tricked into attending a mask-burning party during his reelection campaign this spring. Last month, his wife was targeted by conservative opponents on Facebook with a photo purporting to show her flipping the bird (she was making a peace sign)," according to the Times.

As for some of the local Capitol protesters, "Those charged in connection with the Jan. 6 riot include lawyers, retirees, tech executives and veterans; among them was McKinney resident Kevin Sam Blakely, 55, who did not respond to requests for comment. Others included Jenna Ryan, 50, of nearby Frisco, who flew to Washington in a private plane with two fellow Realtors who live in the area and did not respond to requests for comment," the Times reported.