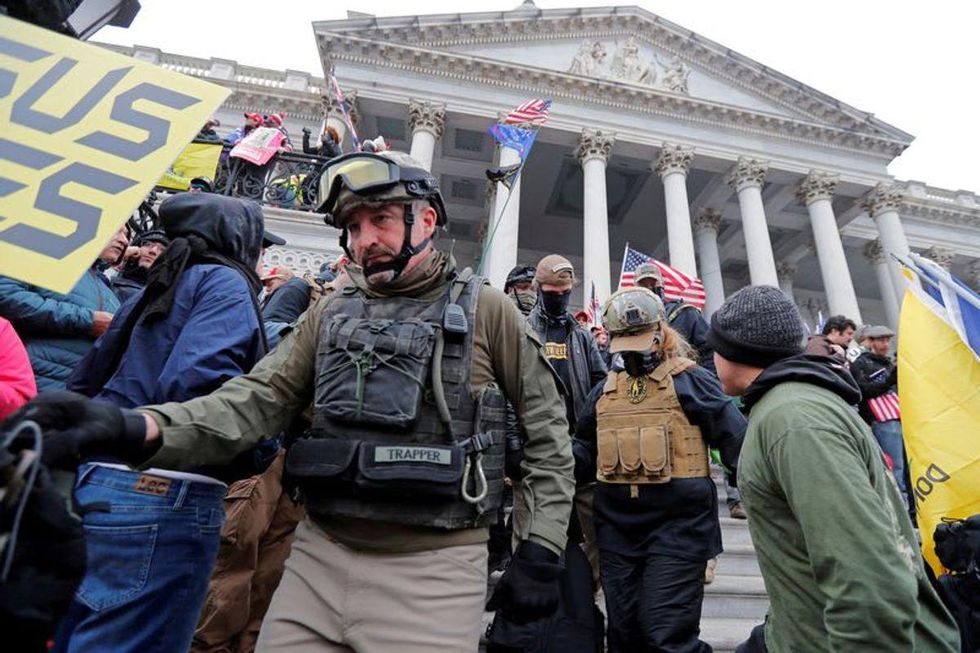 "We get that QRF hotel address yet?" asked Oath Keeper member Kenneth Harrelson during a Jan. 5 chat.

Cell phone data places Harrelson near a Comfort Inn in Arlington, Virginia, that day, but he didn't appear to return until the morning of Jan. 7, when surveillance footage appears to show him picking up luggage and a bag that looks like a "rifle case," prosecutors said.

The new evidence, which comes in a filing opposing Harrelson's release, shows prosecutors may have evidence to disprove defense claims that Oath Keepers only planned to guard against possible violence by Antifa activists and others who opposed former president Donald Trump.

"Defendant Harrelson's administrative control of an Oath Keepers chat as of just last month – after he purported to 'resign' from the organization and tried to disassociate himself from the actions of national leadership – demonstrates that he is a continuing threat to the community," prosecutors argued.

The filing also shows that Oath Keepers turned on one another after security forces regained control of the Capitol after the insurrection.

"Didn't realize I was in an unsecured chat with a bunch of shit bags. And blue falcons," Harrelson said, using military slang for backstabbers.