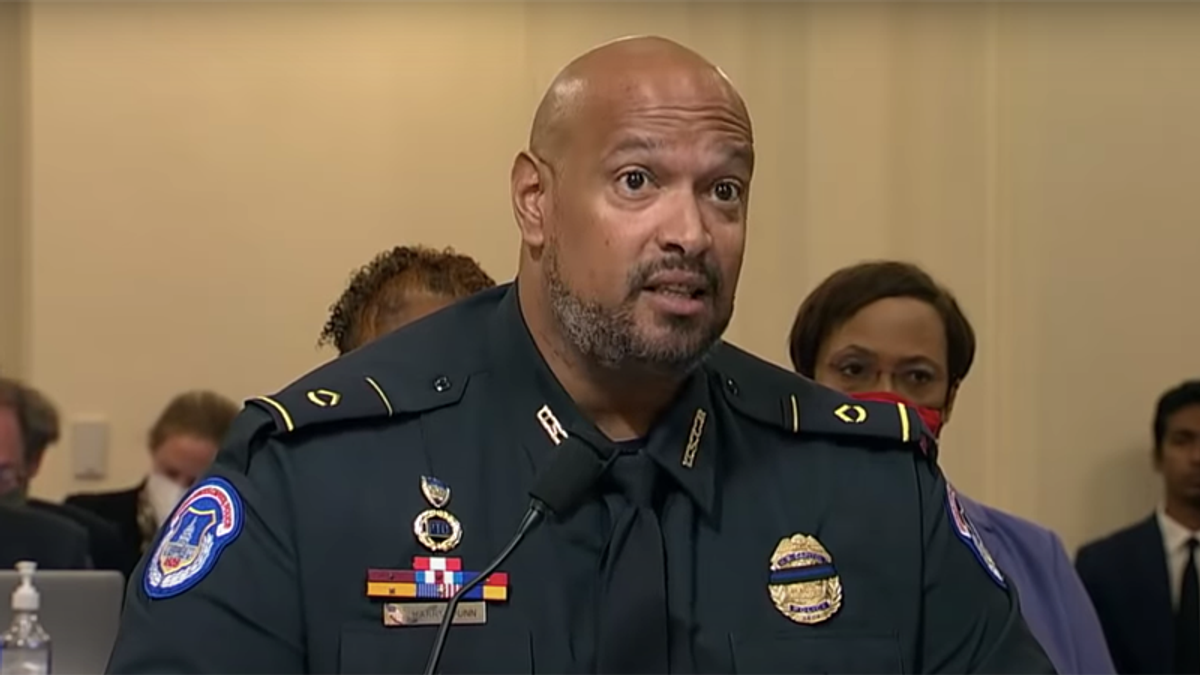 Dunn voted for President Joe Biden and he is Black. That made him a target for conservatives immediately. Fox News host Tucker Carlson not only laughed at Officer Michael Fanone for talking about his PTSD. After that, Carlson accused Dunn of being some kind of secret Democratic activist.

"Dunn will pretend to speak for the country's law enforcement community, but it turns out Dunn has very little in common with your average cop," Carlson told his audience Tuesday. "Dunn is an angry left-wing political activist."

Rep. Eric Swalwell hit back, saying that he is "forever grateful to officers like Harry Dunn."

Townhall columnist Kurt Schlichter also disagreed with Carlson, calling Dunn's testimony, "disheartening and disappointing" to "live in a country with people … that attack you because of the color of your skin just to hurt you. Those words are weapons."

"I can't believe that -- you know what hurts more than or just as much as what happened on Jan. 6th?" Dunn said. "The attacks on our credibility and that we're lying and that we don't love our country and we're fake police officers and we're not real cop -- just the stuff you were playing there, the Laura Ingrams and the Tucker Carlson. That was an act? It's frustrating. It's more than frustrating. It makes you so angry."

He was shocked that somehow he's not an American because people disagree with his political views.

He's said that he's still going to work tomorrow to do the same thing again: protect everyone, regardless of whether or not they hate him.