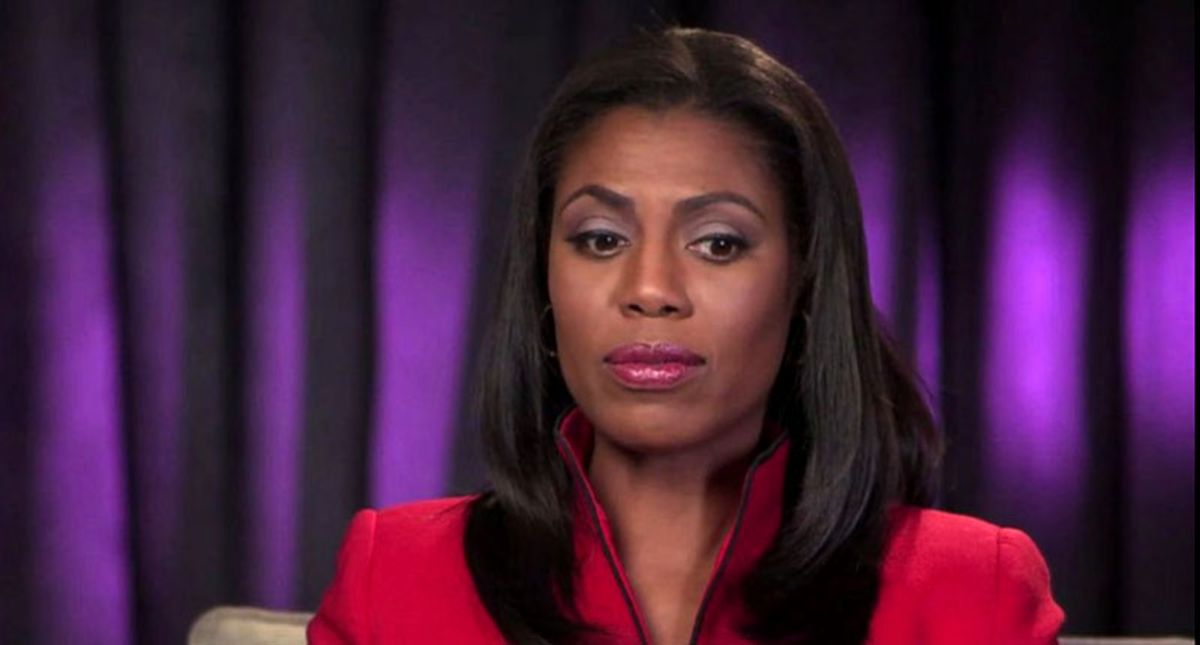 According to a report from Politico, an investigation of former Donald Trump administration official Omarosa Manigault Newman -- a longtime associate of the ex-president -- that began before the election will continue under President Joe Biden's administration.

Omarosa, as she is still known since her "Apprentice" days, left the Trump administration under a cloud after squabbling with then-White House Chief of Staff John Kelly and has continued to fail -- after repeated warnings -- to file a required financial disclosure since her departure.

As Politico notes, the former White House official is still balking at doing the paperwork even though her reason for withholding the documents stems from a beef with the Trump White House.

According to a filing by DOJ officials, "She…made no attempt to file any Termination Report before September 2019, more than a year and a half after it was due and after this litigation was commenced. Then, following that submission—in which only half the required fields were even filled out—Defendant made no effort for over a year to correct her submission, despite being promptly advised of its deficiencies…She remains out of compliance with [the Ethics in Government Act] to this day."

Should a judge rule against her, she could be liable for a civil penalty of $61,585 for ignoring the DOJ.

Politico reports, "Manigault Newman's main defense in the case has been that — after her acrimonious departure from the White House — Trump aides refused to return her personal effects, including financial records she needed to complete the required exit report. She also asserts that she is a whistleblower on government wrongdoing and that the lawsuit amounts to illegal retaliation for that."

Like many, after leaving the White House, Manigault Newman became a vocal critic of Trump, saying in 2019 that the ex-president was " ...in complete and total mental decline," before adding, "He can't finish a thought -- a sentence. He can't even conceptualize simple policy issues."