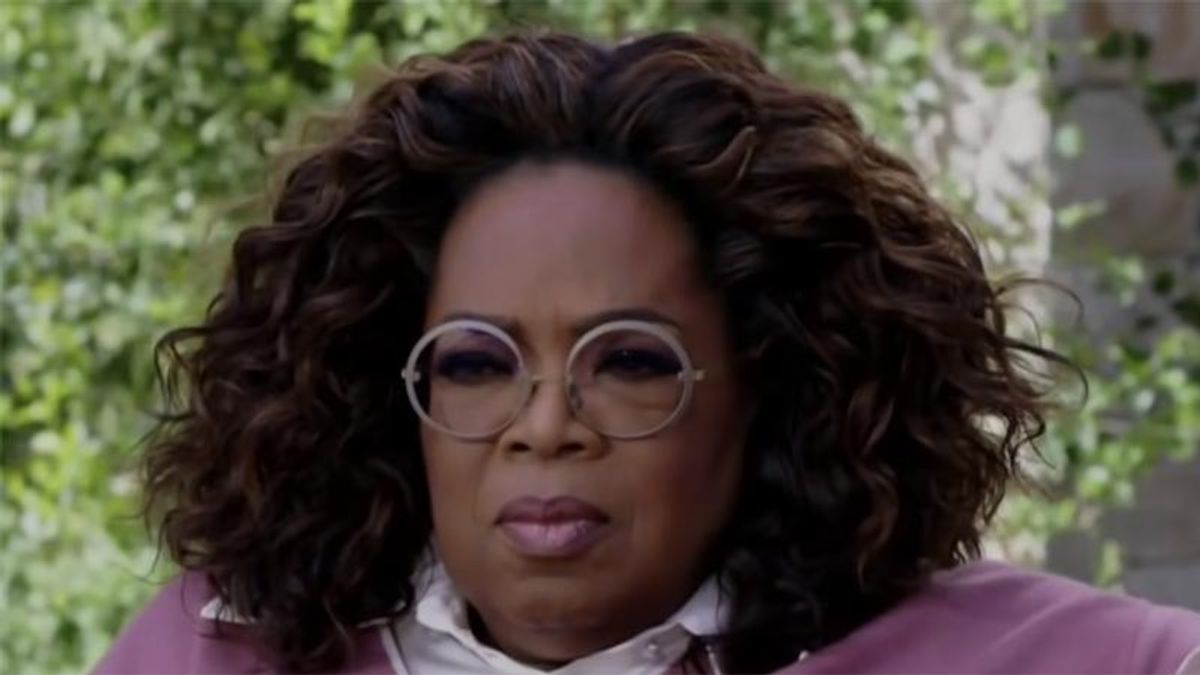 With that in mind, various theories about why Oprah is being monitored by law enforcement ran rampant on Twitter and Telegram -- which has become a new favorite of the conspiracy-minded.

According to Telegram user Roxanne F., "So obvious, first few minutes she was strategically keeping both her feet behind that little table then got comfortable or forgot about need to conceal it ...she should fire the camera man."

Another added, "People keep arguing that it's a microphone pack... but why would that be on your ankle?"

That, in turn, led to accusations of criminality committed by Oprah.

"For QAnon supporters, who have recently had to accept that Donald Trump would not be inaugurated as president on March 4, this is the latest in a string of ankle monitor-related claims. The theory stems from one of the core beliefs of the radical movement, that there is a secret cabal of satanic pedophiles involving leading Democrats and the Hollywood elite," Newsweek reports. "QAnon followers also believe these high-profile child abusers will be arrested and executed as part of the eagerly awaited prophecy known as 'the storm —an event that has been predicted to happen several times down the years to no avail."

The report adds that Oprah has faced these accusations before.

"This is not the first time that Winfrey has been subjected to wild conspiracy. In April 2020, Winfrey uploaded a video of herself cooking while staying at home amid the coronavirus pandemic. By June, a number of conspiracy theorists had shared an image of Winfrey cooking, claiming that she is wearing an ankle monitor," Newsweek reports.

You can see a few tweets below:

@SimRh_Blue11 When do I think announcements will be made? And I keep seeing things like Oprah having a ankle monito… https://t.co/qgeS9YZKNm
— Whiterabbit (@Whiterabbit)1614785757.0