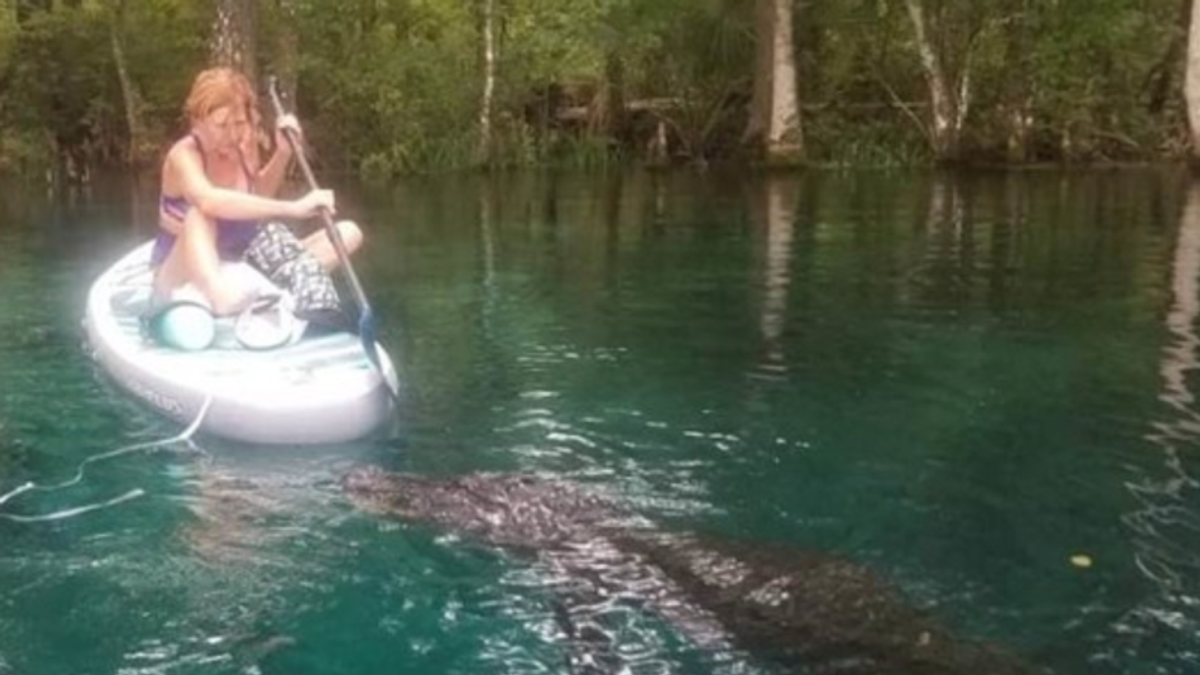 On Monday, Orlando Weekly reported on a viral Facebook video of a woman who fought off an enormous alligator who attacked her while she was paddleboarding in a swamp in Ocala.

"In multiple videos and photos posted to her Facebook page, Vicki Reamy Baker can be seen fending off a large alligator at Silver Springs State Park," reported Colin Wolf. "'Why are you messing with me? Why are you trying to bite me?,' says Baker in one of the videos. 'Someone's been feeding that gator, makes them very dangerous.'"

"At one point in a video, the gator can be seen hissing at Baker, after she nudged it with her paddle," continued the report. "A man can then be heard on a loudspeaker telling Baker to get away from the gator. 'Mam, I would suggest backing up after you just made him pretty mad.'"

According to the report, alligator attacks of this nature are uncommon, with only 12 occurring last year. Encounters with alligators can be triggered by climate-exacerbated extreme weather events, as happened in 2017 when a Humble, Texas resident returned from Hurricane Harvey to find a nine-foot alligator in his home.