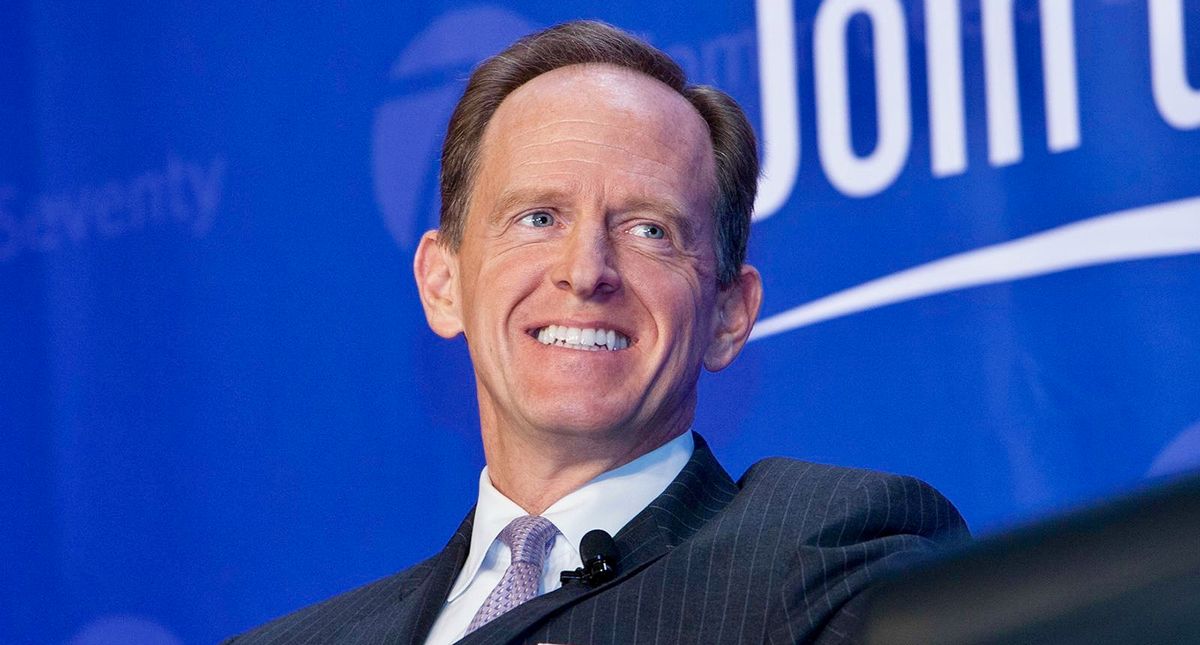 A late-night vote by the Republican State Committee to censure Sen. Pat Toomey (R-PA) for voting to impeach Donald Trump went down to defeat with members upset with the retiring lawmaker having to settle instead for a strongly-worded rebuke.

With colleagues Senators Richard Burr (R-NC) and Bill Cassidy (R-LA) both having been censured by their respective state parties, Toomey ducked the same fate because several members refused to weigh in.

According to Pittsburgh Post-Gazette, Committee members were given the choice of voting for a statement proposed by Chairman Lawrence Tabas that "strongly rebukes but does not censure Mr. Toomey, and a second statement that does censure him. The censure movement was blocked by a narrow 128-124 margin, with 13 abstentions, according to a source who had been briefed on the results."

The report goes on to note that some members hoped to avoid the whole ugly fight as a sign to voters that they are not in thrall of the unpopular Trump with "gubernatorial and U.S. Senate races on the horizon" in 2022.

Toomey isn't out of the woods entirely, with the report stating he may still be censured by smaller county GOP committees with one Republican lawmaker calling those threats a waste of time.

"Instead of wasting our time on this," stated Rep. Sue Helm, of Dauphin County. "I think we should be looking for a new and good candidate for when he (Toomey) isn't going to run in two years."