Pence 'angry' at Trump for repaying his loyalty with betrayal: GOP senator 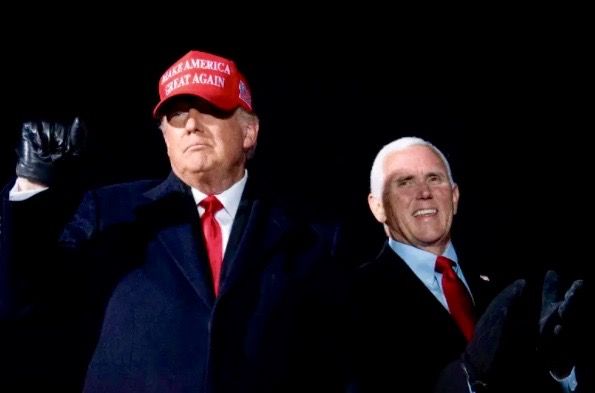 Vice President Mike Pence was "angry" that President Donald Trump repaid his steadfast loyalty by putting his life in danger.

The president turned his followers against his running mate during a speech before the vice president led the congressional certification of Joe Biden's election win, and Sen. Jim Inhofe (R-OK) told Tulsa WorldTulsa World that Pence was furious that Trump supporters forced him and other elected officials, reporters and congressional staffers into lockdown for hours.

Pence eventually certified Biden's election win, after a mob of Trump supporters broke into congressional offices and forced lawmakers to suspend their duties in fear for their own safety -- and Inhofe said the vice president felt personally betrayed by the president.

"I had a long conversation with him," Inhofe said. "He said, 'After all the things I've done for (Trump).'"

Inhofe, who said he's endured threats from Trump supporters after saying he would not oppose the election results, said he was disappointed in the president's response to the Capitol takeover by his followers.

"He's only put out one statement that I'm aware of," Inhofe said. "This was really a riot. He should have shown more disdain for the rioters. I don't want to say he should have apologized — that's not exactly accurate — but he should have expressed more disdain."
SmartNews
Report typos and corrections to: corrections@rawstory.com.
READ COMMENTS - JOIN THE DISCUSSION