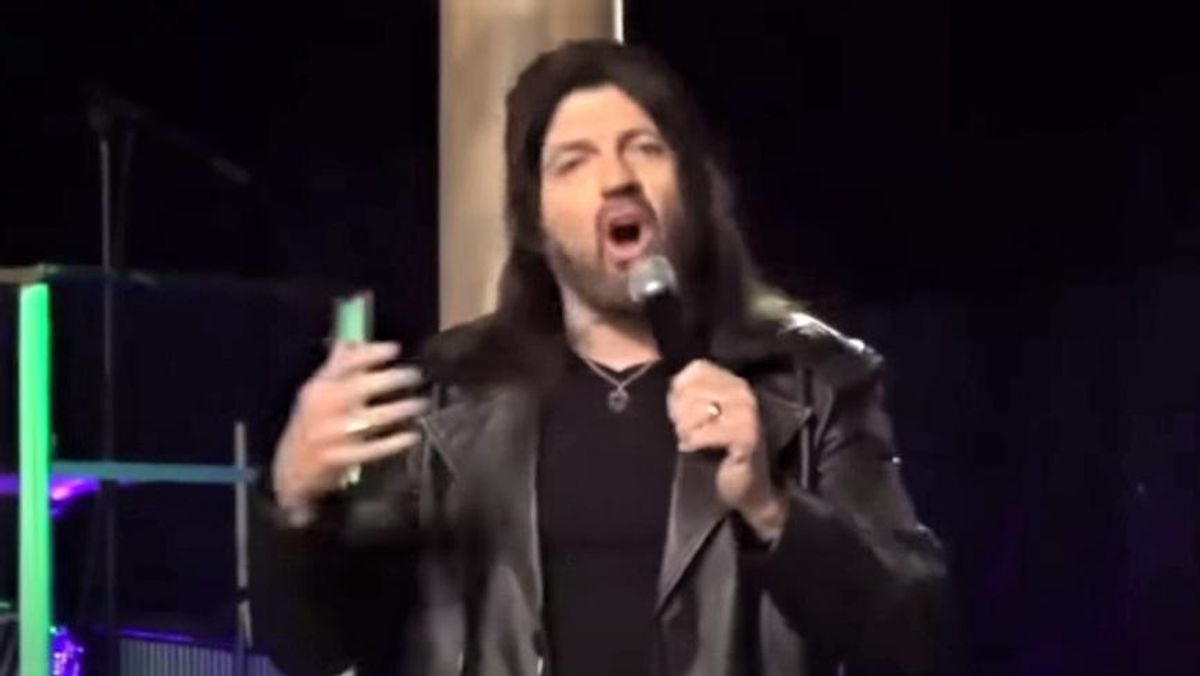 "He lost big," Bullock falsely claimed. "He lost enough to be ashamed."

He then claimed that he had a photo of Biden showing that his eye pupils were thin slits like those of a serpent.

"His eyes at that moment... if you'll look at the eyes, you'll notice they're serpent's pupils, their slotted pupils," he said. "Now, other times, they're not like that. But at times it shows a slotted, serpent's eye!"

He then said that Biden's eyes resembled those of a serpents because Satan was reaching out through him to offer Americans forbidden "woke" knowledge.