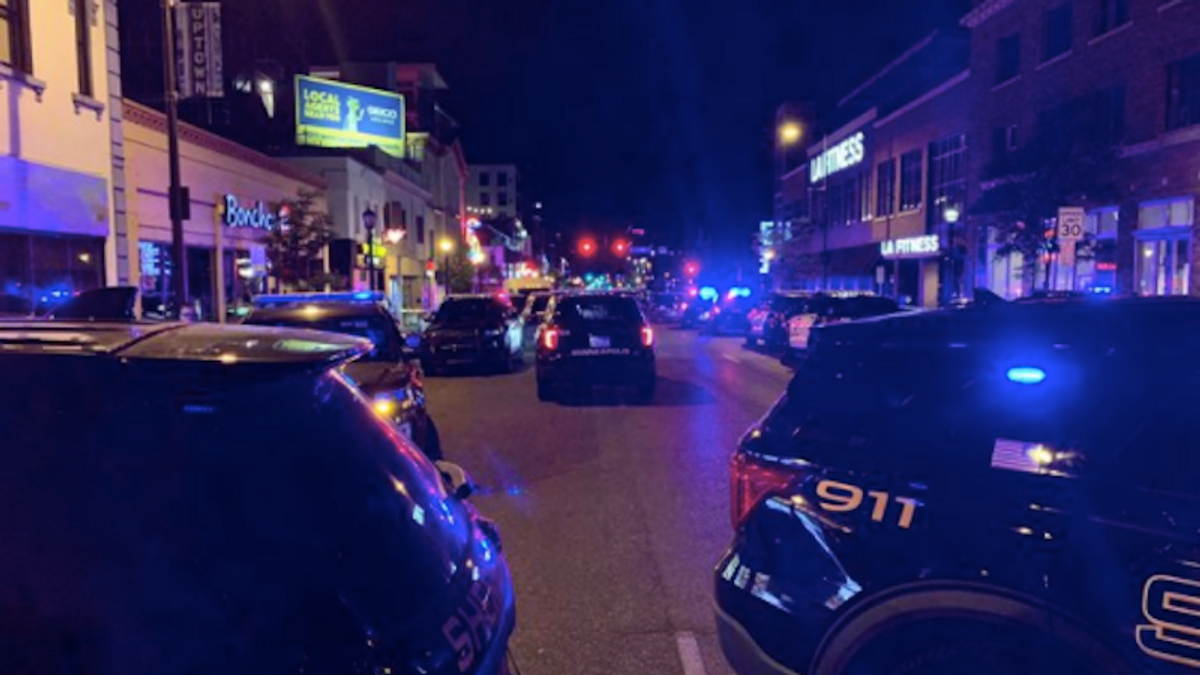 "People were having a joyous time and then for that to happen, like you know people are still kind of reeling in from that," said one witness. "It's a tragedy for sure."

"You got 15 squad cars showing up, and they're hopping out in riot gear before an ambulance shows up," the witness added. "That adds to the already intense and stressful situation."

NOW: This is the scene near Hennepin and Lake where we’re told just before midnight a vehicle drove into a group of… https://t.co/VYradU3vUW
— Dave Peterlinz (@Dave Peterlinz) 1623651684.0

Two protesters were taken to a nearby hospital, where Deona Marie Knajdek was later pronounced dead, and the second person was treated for non-life-threatening injuries.

Some of the protesters pulled the man from his car and restrained him before police took him into custody, and the driver was also treated at the hospital for his injuries.

Nicholas David Kraus, 35, is being held on suspicion of vehicular homicide, driving on a canceled license and giving false information to police.

Police said they believe alcohol or drugs may have been involved in the crash.

More than 100 people were struck by cars last year during Black Lives Matter protests, and Republican legislatures in multiple states have introduced measures that would grant immunity to drivers who strike and injure protesters with their vehicles.

Car crashes into protesters in Uptown

Police say the suspect drove into a group of people near West Lake Street and Girard Avenue South.