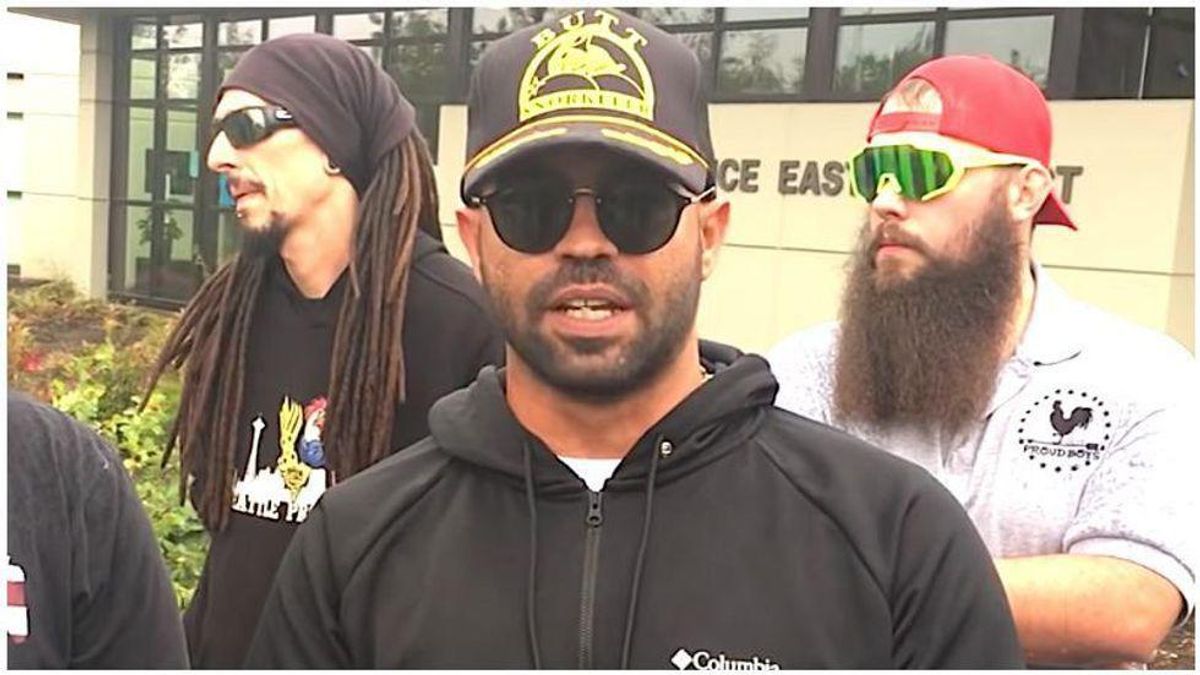 "Tarrio pleaded guilty in the Superior Court of the District of Columbia to one count of destruction of property and one count of attempted possession of a large-capacity ammunition feeding device," prosecutors explained.

Prosecutors alleged members of the Proud Boys stole a "Black Lives Matter" banner from the Asbury United Methodist Church on December 12th and proceeded to burn it. The incident occurred following a rally by Trump supporters seeking to overturn the 2020 election, which was won by President Joe Biden.

"In the days that followed, Tarrio admitted to burning the banner on social media and in comments to numerous media outlets," prosecutors said. "Tarrio returned to the District of Columbia from Florida on Jan. 4, 2021, and he was arrested on a warrant charging him with the Dec. 12, 2020, destruction of property offense. In a search of his book bag, conducted at the time of his arrest, police recovered two high-capacity firearm magazines. Each magazine bars the insignia of the 'Proud Boys.'"

Following the burning of the banner, Rev. Ianther M. Mills said the incident showed, "an apparent rise in white supremacy."

"Last night demonstrators who were part of the MAGA gatherings tore down our Black Lives Matter sign and literally burned it in the street," she explained. "For me, it was reminiscent of cross burnings."