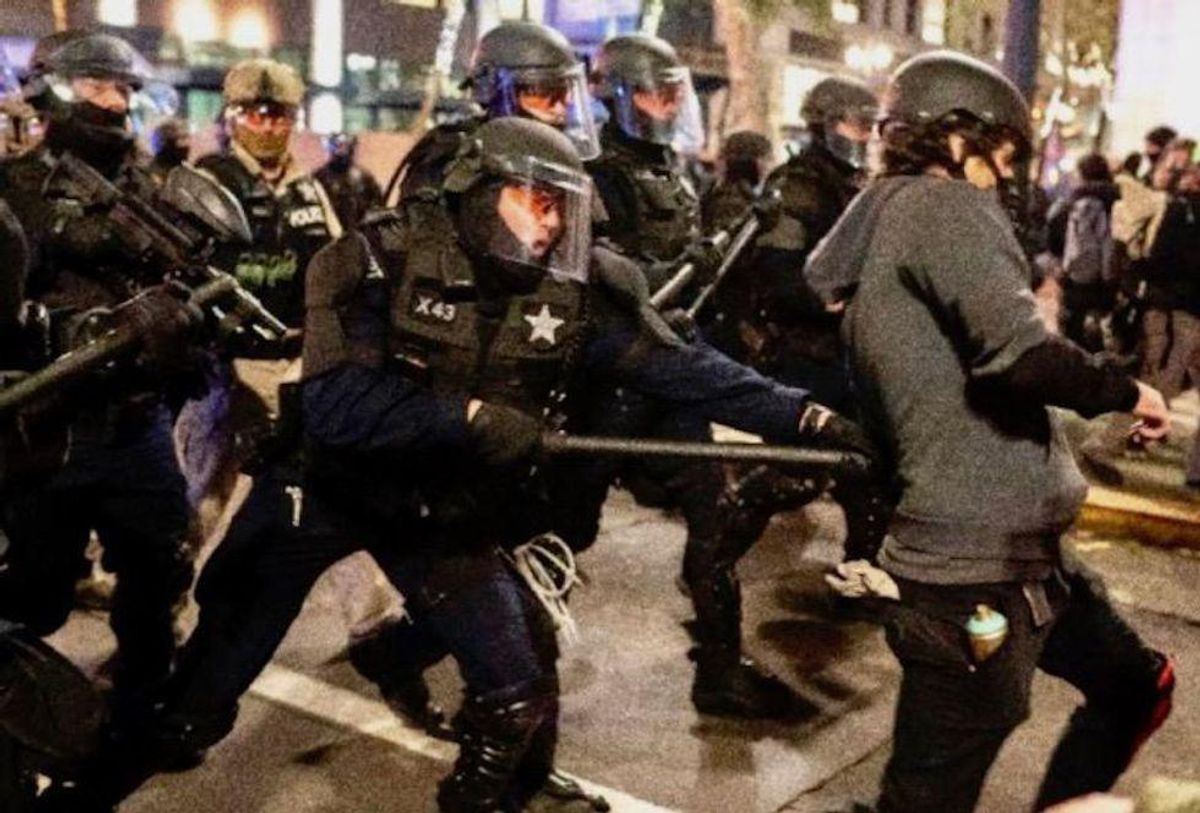 The violence assault on the U.S. Capitol on Jan. 6 had been widely predicted by those who monitor the far right, and echoed street brawls that have erupted in Portland and other cities across the country.

The Proud Boys and other right-wing militants have clashed with antifa activists and Black Lives Matter demonstrators in Portland for several years, at least, although this summer had been largely peaceful until this past weekend, and local activists blame the police for creating a space for outside agitators to operate, reported The Daily Beast.

"Portland itself is seen as this soft target, I think, by the far right, because there's good activism going on here," said Juan Chavez, project director of the Oregon Justice Resource Center's Civil Rights Project, "and a police force that doesn't give two sh*ts about policing the far right."

Right-wing agitators were drawn to the city last weekend by an event staged by an anti-LGBTQ pastor, and some of them -- including a man who has been charged in the Capitol riot -- engaged in fights and recorded themselves menacing a man standing alone.

"People say you can't fight antifa, you can't fight the evil with these," said accused rioter Jeffrey Grace in a Facebook video, holding up his fists. "Guess what? You can. As long as He's the lead [he pointed toward the sky], you can use this [holding up fists]."

Grace, who was photographed leaving Portland in a pickup truck with several men holding bats and other weaponry, blamed the violence on leftists -- but onlookers and journalists say heavily armed right-wing militants were operating in public spaces with impunity.

"The minor skirmishes of Saturday showed yet again, that Portland Police were not going to respond to these types of incidences," said civil rights activist Zakir Khan, "and they were largely nowhere to be seen as these things were happening. I mean, this is happening in broad daylight, in the middle of the day in downtown Portland."

Khan sees those street clashes as a direct precursor to the Jan. 6 insurrection.

"Local police around the country failed the Capitol Police," Khan said. "I think Capitol Police that day had no idea what was effectively coming because of poor communications between agencies, and agencies just not viewing these groups as a major threat."

Police inaction in Portland and other cities only served to embolden right-wing militants, which the justice project director ties directly to the Capitol riot.

"There's this picture that's like a Renaissance painting of several figures who were later at the Capitol and who are now either in jail or being prosecuted," Chavez said. "Of course they thought they can just march into the Capitol and do what they did -- they learned it here."

Grace, the accused rioter who returned to fight in Portland, made that clear in a Facebook video recorded over the weekend.