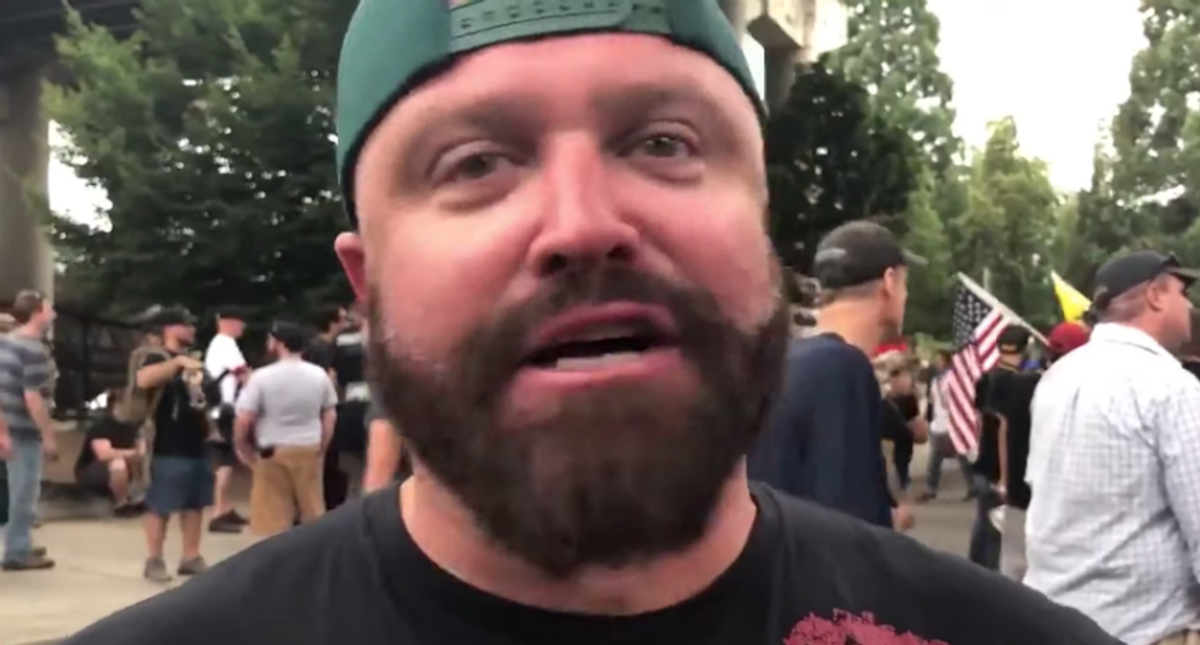 On Thursday, The Daytona Beach News-Journal reported that a key high-ranking member of the Proud Boys being held in a jail in Seminole County, Florida is alleging to have been "threatened" by other inmates in the facility while awaiting trial for his involvement in planning the attack on the U.S. Capitol.

"Joseph R. Biggs, 37, was a leader among the Proud Boys in planning 'an organized and violent attack' upon the country's democracy and its Capitol building on Jan. 6, according to federal prosecutors," the paper reported. "And word that Biggs is locked up in a subsection of the Seminole County Jail, which holds about 150 federal inmates in other cases, has been getting around, according to J. Daniel Hull, who represents Biggs. 'I do worry about somebody wanting to test Joe Biggs' mettle,' Hull said. 'I think that's going to be coming up more and more.'"

Biggs has been charged as part of a conspiracy — videos taken of the incident shows his fellow Proud Boys violently stampeding into the Capitol.

Ironically, according to one former report from sympathetic right-wing populist reporter Cassandra Fairbanks, the FBI had sought Biggs' help in rooting out violent "Antifa" protesters.

The Proud Boys are a self-described "Western Chauvinist" organization that experts have warned are linked to white supremacy, and are infamous for their street brawls.