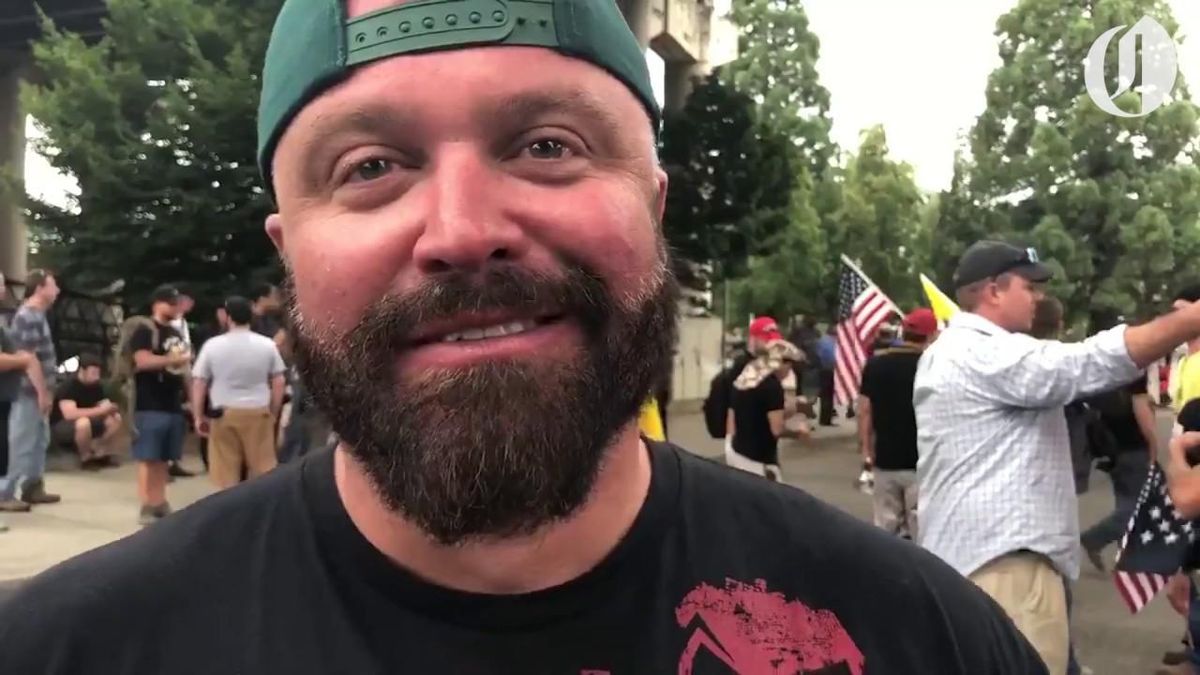 Correction: A previous version of this story referred to Cassandra Fairbanks as an "alt-right journalist." In a communication to Raw Story, Fairbanks said she was a "populist."

It's no secret that the Proud Boys have maintained a cozy relationship with local law enforcement across the country, with police turning a blind eye to the nationalist street gang's violence, exchanging handshakes, and even sometimes building cross-membership.

That is, until Jan. 6, 2021, when one unidentified Proud Boy told other members during an encrypted chat that "cops are the primary threat," and the Proud Boys became a focal point of what has been described as the largest law enforcement investigation in US history.

Joe Biggs, a Florida Proud Boys leader who is among four members of the group recently indicted for conspiracy to interfere with the certification of the electoral college, was a poster child for the favorable treatment police afforded the right-wing group.

The New York Times' recent review of law enforcement's failure to address the Proud Boys' violence prior to the assault on the Capitol featured Biggs in its lead, noting that he bragged in an online video that he "started pounding" a protester who was burning an American flag outside the Republican convention in Cleveland in 2016. Instead of charging Biggs, who would go on to join the Proud Boys, the police charged the victim of the assault, later forcing the city to pay out a $225,000 settlement to resolve accusations that the officers falsified reports out of sympathy with Biggs.

Now, an account published by a journalist sympathetic to Biggs suggests the FBI may have turned to him for assistance prior to the assault on the Capitol. The article by Cassandra Fairbanks published on the far-right website Gateway Pundit on March 20 is a thinly veiled solicitation for funds to help Biggs with his legal bills. Entitled "Urgent: US Veteran and Activist Joe Biggs Needs Help Fighting Trumped Up Charges Over Capitol Protest," the article presents a favorable portrayal of the defendant as a "father, son and friend to many on the right" who would "drop everything to come help you if you needed it." It cites Biggs' close ties to law enforcement as a testament to good character.

"Biggs, who has many friends in law enforcement, even affirmatively acknowledged his presence at the Capitol and later turned himself in to FBI agents — with whom he had worked with before concerning Antifa at the agency's request," Fairbanks wrote.

The article links to a campaign on the Our Freedom Funding app that as of Monday evening had raised almost half of the $100,000 goal on Biggs' behalf.

The source of the information that Biggs assisted the FBI by providing information about antifascists is unclear. Fairbanks could not be reached through a contact form on the Gateway Pundit site. Fairbanks has gained a degree of celebrity in the space between far-right media and activism. In addition to Gateway Pundit — described by Media Matters for America as "a right-wing website that repeatedly falls for hoaxes, pushes conspiracy theories and smears of Democratic officials" — Fairbanks has written for the Russian state-owned news agency Sputnik. In April 2017, she made waves by tweeting a photo of herself making the "okay" hand gesture with Mike Cernovich, who has been described as an anti-feminist provocateur and conspiracy theorist. Fairbanks' alt-right compatriots also include Milo Yiannopoulos and Jack Posobiec of One American News Network.

Dan Hull, Biggs' lawyer, declined to comment to Raw Story on whether his client had previously assisted the FBI by providing information about antifascists.

The FBI Jacksonville Field Office, whose territory covers Biggs' residence in Volusia County, did not respond to inquiries by voicemail or email on Monday.