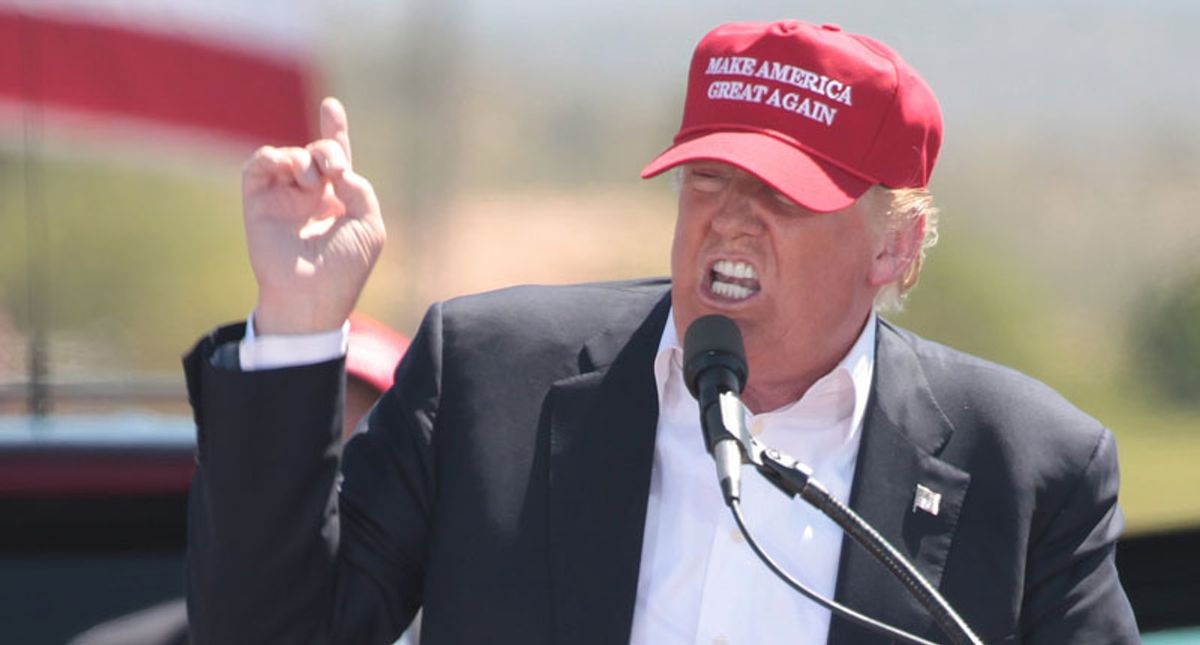 On Saturday, USA TODAY reported that the political group "Latinos for Trump" was instrumental in helping the leader of the Proud Boys gain access to the White House — hours before the Proud Boys clashed with police and protesters during an incident in Washington, D.C.

"Latinos for Trump bills itself as a grassroots network of supporters that provides passionate support at Trump rallies across the country," reported Will Carless. "Photos on social media show the group's leaders attending events at the White House and Mar-a-Lago, rubbing shoulders with Vice President Mike Pence, the president's personal lawyer Rudy Giuliani, and Trump's sons Eric and Donald Jr."

Enrique Tarrio, the leader of the Proud Boys, is also chief of staff of Latinos for Trump – and according to the report, this was his way in, raising eyebrows due to the fact that Tarrio has a felony record in Florida for selling stolen goods.

"Tarrio has been building the Proud Boys into a de facto army of fighters who traverse the nation getting into brawls, setting fire to Black Lives Matter banners and attacking antifa protesters," said the report. "In Trump's final days, the Proud Boys have evolved into the thuggish face of the far-right movement, giving their support to everything from Trump's claims of voter fraud to anti-vaccination conspiracy theories." The Proud Boys have also vowed to wreak "havoc" at President-elect Joe Biden's inauguration.

Outgoing President Donald Trump, for his part, has returned the favor, calling on the Proud Boys to "stand back and stand by" during his first debate with Joe Biden.