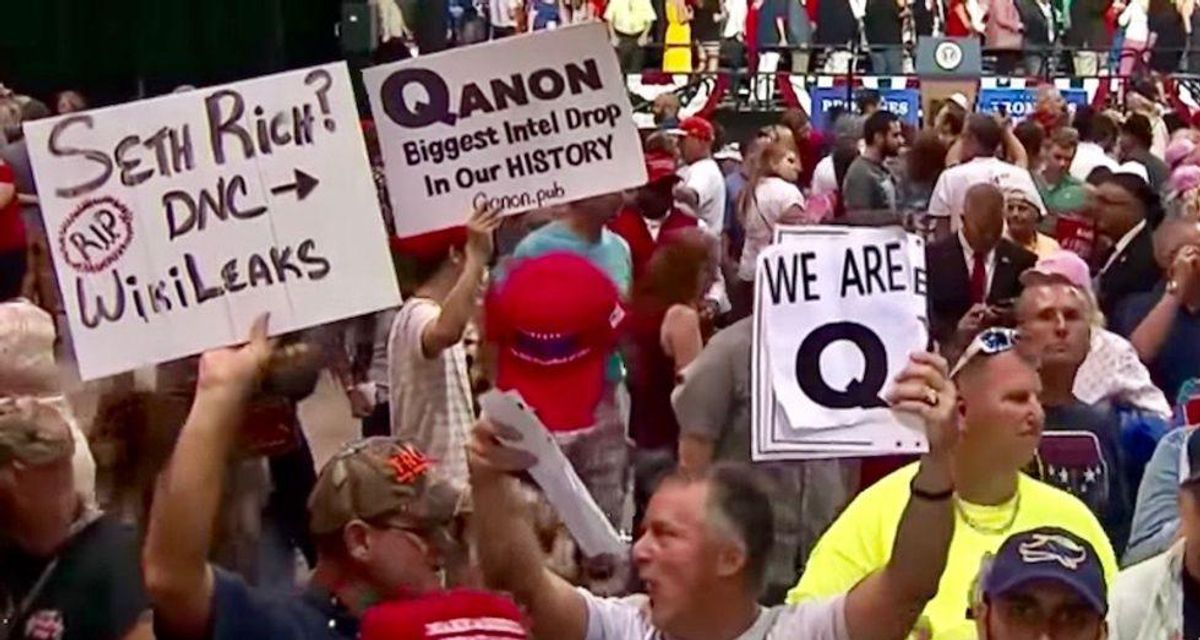 Evangelical leader Russell Moore tells Axios that belief in QAnon is becoming an increasing problem within many Christian denominations throughout the United States.

"[I'm] talking literally every day to pastors, of virtually every denomination, who are exhausted by these theories blowing through their churches or communities," Moore says.

Moore also warns that QAnon is "taking on all of the characteristics of a cult, from authoritarian gurus ... to predictions that don't come true

Kristin Du Mez, a Calvin University historian of gender, faith and politics, tells Axios that certain evangelical denominations may be particularly prone to falling for QAnon because they already emphasize searching for esoteric messages and prophecies within the Bible that they believe are hidden even to most Christians.

"There's also an emphasis in certain circles on deciphering biblical prophecies that bears some similarities to decoding QAnon conspiracies -- the idea that there is a secret meaning hidden within the text that can be discerned by individuals who have eyes to see," she explains.